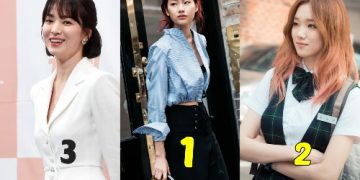 With Netflix’s original ‘Squid Game’ being one of the hottest topics these days, Jung Ho Yeon’s Instagram is slowly amassing thousands of followers, which has grown to millions in total. As of October 3, the number of Jung Ho Yeon followers on Instagram has surpassed Lee Sung Kyung and Song Hye Kyo.
As of the evening of October 4, Jung Ho Yeon’s followers are 13.2 million.

Jung Ho Yeon has now become the most followed Korean actress on Instagram.

While Song Hye Kyo continued to come in third, the Korean actress/model with the second highest number of followers was Lee Sung Kyung.