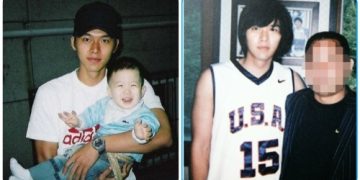 Hyun Bin is the leading actor of the Korean film industry, he is one of the stars of the Hallyu wave. Having made a great contribution to the international spread of Korean culture.

Currently, he and Son Ye Jin are one of the most beautiful couples in Kbiz, not only that, but the couple also announced that they will get married next month.
However, he rarely reveals about his family and the special thing is that there is information that his father is one of the business giants in Korea, so that is correct.
Personal life
Hyun was born and raised in Seoul and has one older brother. He graduated from Youngdong High School and then studied at Chung-Ang University, where, in 2004, he majored in Theater Studies. In 2009, he enrolled at the same university to obtain a Master’s degree.

On January 1, 2021, Hyun’s agency confirmed that he is in a relationship with actress Son Ye-jin, his co-star in The Negotiation (2018) and Crash Landing on You (2020).
However, very little information about Hyun Bin’s father is revealed. 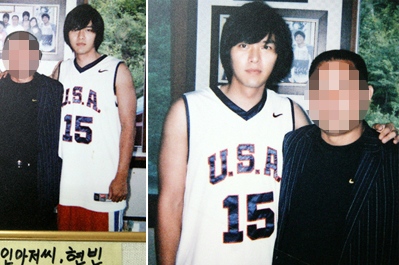 The following is the information on the sohu page that we have compiled.
Kim Won-hong is the father of actor Hyun Bin, little is known that Hyun Bin has his father’s surname and his real name is Kim Tae-pyung.
And Hyun Bin’s family are all members by business. Only Actor Hyun Bin is an artistic activity.

As for the assets of Hyun Bin’s father, no documents have been published. However, Hyun Bin’s parents are definitely real estate millionaires because in 2016 Hyun Bin was said to have bought his parents a super luxurious villa worth 1.2 million USD.
Congratulations on the upcoming wedding of couple Hyun Bin and Son Ye Jin.