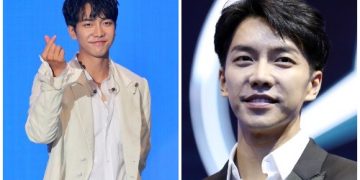 Yesterday actor Lee Seung Gi and actress Lee Da In were confirmed to be dating, Today Lee Seung Gi also continued with news that shocked the entertainment industry after suddenly deciding to establish his own company.

It is known that Lee Seung Gi left the longtime management company Hook Entertainment, where he has been with it for 17 years.
According to Hook Entertainment, “Our contract with our artist Lee Seung Gi will officially come to an end on May 31, 2021”. They continued in their statement, “Since the training periods before Artist Lee Seung Gi’s debut, our company has spent a long time with him, a time that was mainly dependent on our strong trust for each other. Our artist has expressed his desire to set up his own one-man agency, and we have compromised a deal to part, while continuing to support each other.”