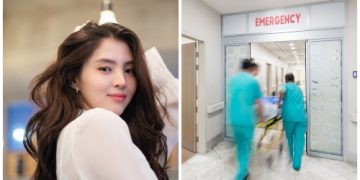 Han So Hee was immediately transferred to an emergency room during the filming of Netflix's upcoming drama Undercover due to difficulty breathing.

Here is the crew revelation: “Han So Hee felt various symptoms of poor health, including difficulty breathing, during the filming of Undercover. Filming was suspended, and she was rushed to the emergency room. There are many action scenes in Undercover, and Han So Hee has been filming many of the action scenes herself without using a body-double as she feels a sense of responsibility for the scenes. We had to halt filming today because she has suffered rib injuries after filming the intense action scenes every day, and finally today, she had breathing difficulties. She has been transferred to the emergency room for treatment and to maintain stability. ”

Han So Hee is part of Undercover’s main cast, where she plays the role of Yoon Jiwoo, an undercover cop infiltrating the police to reveal the secret behind her father’s death. Currently the drama will stop filming to wait for Han So Hee’s health to improve.