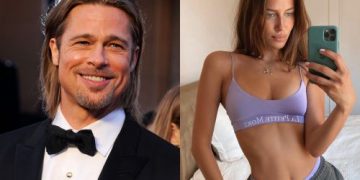 Brad Pitt and Nicole Poturalski first met when she was in a marriage relationship with her 68-year-old husband.

Brad Pitt and Nicole Poturalski first met when she was in a marriage relationship with her 68-year-old husband.

Earlier this week, Hollywood entertainment industry buzzed with the image of Brat Pitt cuddly on the plane with a strange woman. Immediately, the actor’s “rumored girlfriend” was confirmed as a model Nicole Poturalski – 27 years old, intelligent, beautiful and having spent a husband’s life. 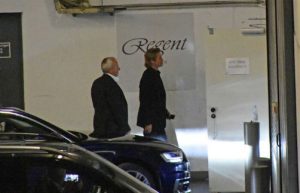 According to The Sun quoted a source: “They look really close. Insiders told us that they are very discreet around people but very affectionate inside private places like cars and inside private jets.

Nicole is married to Roland Mary, 68 years old, the owner of the famous Borchardt restaurant in Berlin. Coincidentally, this is a place that Brad Pitt loves and often goes to. 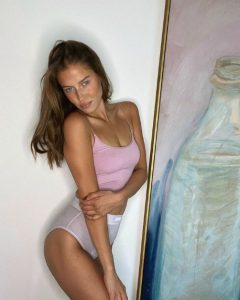 A source close to Nicole revealed, Brad Pitt met Nicole for the first time in August 2019, when he was in Berlin to promote the Oscar-winning film Once Upon A Time In Hollywood. Accordingly, she took the initiative to “give him her number” when both were introduced and “contacted Brad while she was in Los Angeles”.

However, the insider added that Nicole’s husband Roland “is a very philosophical guy” and “does not care about negativity or jealousy”.

“They are still married but you can describe their relationship as an open marriage,” the source told the Daily Mail.

It is known that Roland has been married many times and is the father of several children including Nicole’s young son – Emil. His spokesman, on the other hand, declined to comment on the relationship between his wife and Brad Pitt.

Brad and Nicole were also pictured together in November 2019 at Kanye West’s concert in the Hollywood Bowl. They chatted and laughed happily while sitting side by side in VIP seats. In addition, on personal Instagram, Nicole also revealed many clues on instagram when frequently mentioning “my love” or “my other half” in her posts.

Brad’s relationship with Nicole is likely to create a significant distraction with his bad, long-term divorce from Angelina. This summer, the actress asked to change the judge because she thought he had a pre-existing relationship with one of Brad’s lawyers. Currently, the dispute over custody of children between the two sides is still lasting.