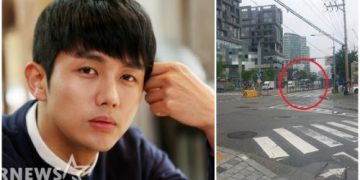 The police have officially prosecuted the 2AM's Seulong case that caused a fatal accident after 2 investigations.

Korean lawyer confirmed that Im Seulong (2AM) could go to jail after CCTV’s fatal accident was announced.

Tonight (August 26), Korean media reported hot news, Seobu Police Station (Seoul) has officially completed the filing of prosecuting the case of male idol Seulong (2AM) causing a fatal car accident and submitted it. Prosecutor’s Office. It is known that the file was completed after the male idol was summoned for the second time to investigate the accident. After the investigation, the male idol was officially prosecuted.

It is known that the second-generation male idol may face a prison sentence of up to 5 years and a fine of 20 million won (about 390 million dong). Despite being declared not drunk and showing no signs of drug use while driving, according to Korean media, Seulong is more likely to have made other mistakes such as speed violations or lack of attention to the intersection.

On August 4, Korean media was shocked by the news that Seulong (2AM) was investigated by the police for causing a car accident that caused death. Specifically, late at night on August 1, the male singer drove a car under heavy rain and hit a man crossing the street illegally. Despite being taken to the hospital immediately, the victim died.