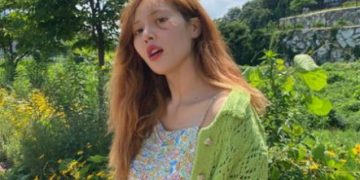 The management company said that Hyuna will not participate in promoting the new song.

Hyuna plans to release a new song, Good Girl, on August 26. However, today (August 22), the singer’s agency P-Nation released an official statement stating that Hyuna will suspend promotional activities due to health problems. 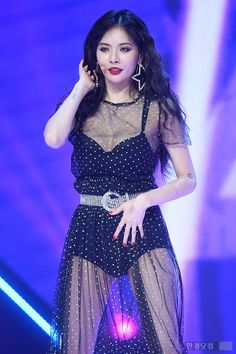 Specifically, the female singer many times fainted due to vagus nerve (a state of loss of consciousness due to sudden decrease in heart rate and blood pressure, leading to a decrease in brain circulation). This state causes the patient to suddenly see white eyes and faint. Due to fainting many times and not being healthy to promote, the management company has decided to let the female singer pause until her illness improves.

HyunA’s new single “Good Girl” will be released as scheduled this August 26 at 6 PM KST, however, fans will have to wait a little while to see the star return to the stage.
Specifically, the announcement of P-Nation is as follows:
“We would like to share an official announcement, as HyunA will be delaying her comeback promotions until further notice due to health issues.

HyunA has been preparing for her comeback promotions with more passion than anyone else for a very long time, with plans to release a new single before her first full album.

Last year, HyunA opened up to the public about her struggles with depression and mental instability, as well as her vasovagal syncope diagnosis, for the first time since her debut; since then she has received consistent treatment so that she could return to her promotions at the best condition.

However, despite her tireless will and efforts, HyunA suffered from a vasovagal attack again recently.

As a label with a responsibility to protect our artists, we have come to the decision that the biggest necessity for our artist at the present time is rest and treatment.

As a result, HyunA’s new single comeback promotions, originally scheduled for next week, will be delayed until further notice as it has become difficult to proceed with otherwise.

We will support HyunA to the fullest so that she can find peace and return to promotions at her peak health.

We also relay our greatest apologies for causing fans and all others concern with the sudden news.”
We wish HyunA a speedy recover.