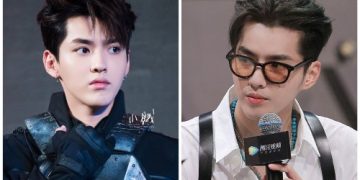 Former EXO member Kris Wu (aka Wu Yifan), who was jailed for 13 years in China, is likely to face a chemical castration.

According to Chinese local media reports, Beijing’s Chaoyang district court sentenced the former singer to 13 years in prison on November 25th. He received 11 and a half years of imprisonment for raping three women and a year and ten months for assembling a crowd to engage in promiscuous activities. The court also ordered his deportation after completing the prison terms.

Canada actively employs chemical castration on recidivist sex offenders. The practice involves forcibly suppressing sexual desire by injecting drugs or hormones into sex offenders. This procedure is frequently carried out by the Canadian Correctional Service, which also provides parallel counseling and cognitive behavioral therapy. As it is a security measure to prevent recidivism, the procedure does not seek the offender’s consent.

Local media outlets are now wondering if the former idol will receive medical castration when he returns to Canada under its law for sexual offenders.

Meanwhile, Kris was charged with sexually assaulting three women, who were intoxicated when the incident happened, at his home from November to December 2020. In addition, he was found guilty of gathering a crowd to engage in sexual promiscuity on July 1st, 2018.

Kris was held in criminal custody for rape on July 31st last year. Ten months after his arrest, he was indicted and tried in June.