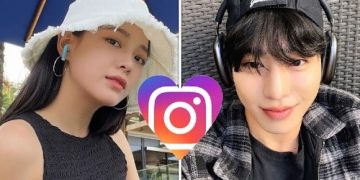 Actor Ahn Hyo Seop’s Latest Instagram Post Has Fans Suspecting That He And Kim Sejeong Are Dating
Could the “Business Proposal” couple be dating IRL too?

While it’s been nearly a year since SBS‘s hit K-Drama Business Proposal was released, fans are shipping the leads Ahn Hyo Seop and Kim Sejeong (also known as Kim Se Jeong) more than ever! 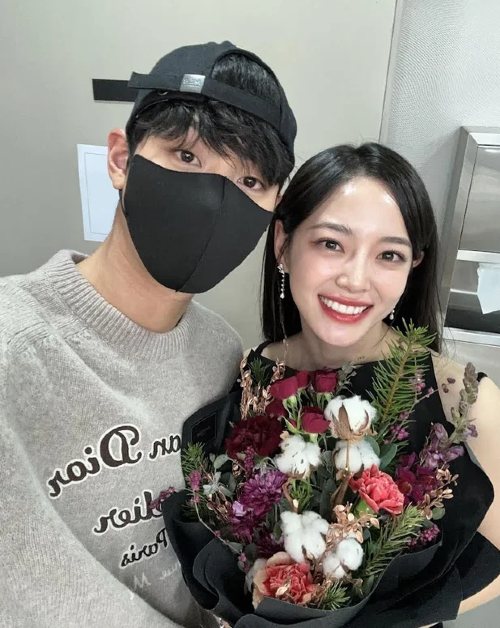 Ahn Hyo Seop’s latest Instagram post has netizens suspicious that the actors are dating IRL. He shared a few selfies recently and simply captioned them with a bunny emoji.

Immediately, shippers thought it was no coincidence that he posted a bunny emoji when Sejeong previously posted photos of herself wearing bunny ears. Some are even interpreting it as a “lovestagram.”

hyoseop definitely saw this pic circulating and on his latest post he captioned (🐰) of all emojis 😆😆😆 pic.twitter.com/VWJwU78lb5

Netizens have also pointed out that the location of Ahn Hyo Seop’s selfies is reminiscent of a location Sejeong had been at last year.

ps: he can't stop being so obvious 😂👀 pic.twitter.com/JJMnuEpJWK

Fans of the couple even zoomed in on Ahn Hyo Seop and Kim Sejeong’s eyes. Could they have gone on a trip together?

So hear me out guys#AhnHyoSeop #KIMSEJEONG #HyoJeong
Do you see the reflection of a beach? A woman on a lean back chair and a tree covering umbrella in his eyes? Do you see Sejeong in his soul… sorry I mean eyes
🐰🦊🐰🦊🐰🦊 pic.twitter.com/eaiLxH0wgJ

Lastly, some Hyojeong shippers pointed out that the shirt he wore in the selfies was similar to the one Sejeong wore. It does not appear identical, though.

This isn’t the first time that fans suspected these two were dating, either. They recently raised suspicions at The 2022 SBS Drama Awards. Read more below.