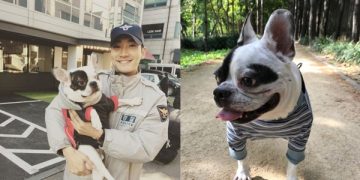 This actor and singer’s dog bit a girl to death, and his indifferent attitude towards the victim made K-net never forget!

After the case of Choi Siwon’s dog biting to death a girl who is the CEO of a high-end restaurant in Korea in 2017, since then, Choi Siwon has always been criticized by Korean fans for his attitude towards him with this case.
Recently, fans caught Choi Siwon walking a small dog on the street and immediately on a fan forum, netizens criticized Choi Siwon.
The source of the incident may be unknown to many viewers and young fans, lovekpop95 can be summarized as follows:
By now, you would have heard of Choi Siwon’s pooch Bugsy causing a woman’s death after he bit her. And to say the Korean heartthrob is getting plenty of flak for it would be like saying Harvey Weinstein is just a dirty old man. 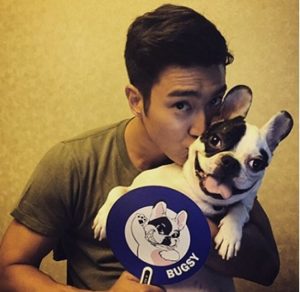 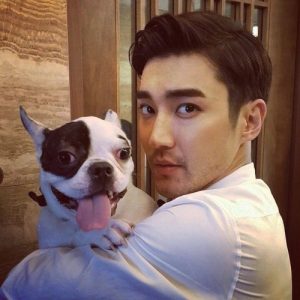 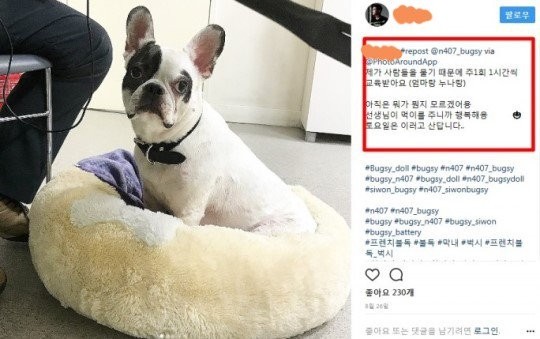 Here’s a recap: Siwon’s father was out walking Bugsy on Sep 30, 2017 when the pooch ran into an open elevator and bit their next-door neighbour. The victim, a 53-year-old restaurant CEO known as Mrs Kim, died of sepsis from the bite on Oct 6.
On October 3, Bugsy was also celebrated by Siwon’s family for his birthday and posted photos on social networks, that is, 3 days after Bugsy bit the girl. Even the pet dog is allowed to roam around without a leash. This incident was like a drop of water that overflowed, causing the netizen community to explode, constantly criticizing the male idol and his family.

The matter came to light after Siwon and his father took to Instagram to apologise for the woman’s death and offered their condolences. In Siwon’s post, he wrote: “I feel a great sense of responsibility as a pet owner. I know that pets always have to be thoroughly supervised, but there was a great deal of carelessness and I am deeply reflecting on it. I will try to prevent this from happening again.” The deceased’s sister said that Siwon had visited them several times to apologise, and that he had also wept at the funeral of the late Mrs Kim. The bereaved family says that they have forgiven Siwon’s family and that they’ll leave it up to them to decide whether to euthanise the dog or not.

The news came as shocking, especially to Siwon fans who are well-acquainted with the French bulldog who regularly appears on the star’s social media accounts. Following the woman’s death, the Choi family has come under fire for their negligence. At the time of the incident, the dog was not kept on a leash. And it was later revealed that Siwon and his family don’t have a habit of keeping their dog on a leash.

While some netizens have rallied for Siwon’s family to put down the dog, others have pointed out that it’s rare to get sepsis from a dog bite and that the victim could have been suffering from health issues such as diabetes that put her at a higher risk of getting sepsis. Some of Siwon’s fans also said that blame should be put on the star’s dad instead as he was the one who was walking the dog. In any case, it’s an unfortunate and tragic event that no one wanted to happen.

Netizens have found more ammunition to fire at the Choi family as Bugsy’s biting habits come to light. Back in 2015, Siwon’s Super Junior bandmate Leeteuk had groused about being bitten by Bugsy. Leeteuk had posted a picture of the French bulldog with the caption: “It’s ugly. This isn’t a puppy, it’s a pig… It bit me…the look in its eyes as if it’s better than me… It’s ugly… Siwon, raise him well…” Even Siwon himself wasn’t spared. During the 31-year-old’s time in the military, he once reported for duty with a Band-Aid on his nose after getting bitten by Bugsy. As such, a fellow soldier had to take over his duties for a month.

In a past IG post, Siwon had divulged that his dog was undergoing training to correct his mouthiness. Siwon had bought Bugsy in 2014, but had to enlist in the army in 2015, only completing his military duties this Aug. This means that Bugsy was largely under the care of Siwon’s family who may have failed to train the dog well.

Following the controversy, the Korean government has strengthened punishment by imposing higher fines on dog owners caught walking their pooch in public without a leash. Also, starting next March, “Dog Paparazzi”, or passers-by who report unleashed dogs in public, will be rewarded 20 per cent of the fines. New laws demanding stricter punishment for dog-related deaths is also under review.

Meanwhile, netizens are demanding that Siwon take responsibility for the mishap by dropping out of his new drama Revolutionary Love, his first acting project after finishing his military service in Aug.

Like other Korean stars caught in controversies, it remains to be seen if Siwon will bounce back from this unfortunate tragedy, or see his career wither under the unforgiving glare of the public eye.