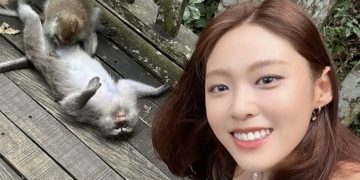 Singer Seolhyun received a lot of criticism after posting a selfie with two monkeys with “sensitive” actions.

According to Nate, Seolhyun is on a trip to Bali, so she shares many photos of the trip with the audience. After the singer posted a selfie with two monkeys, many people criticized her for posting “lewd”, “unlabeled”, “impolite” images on social networks… 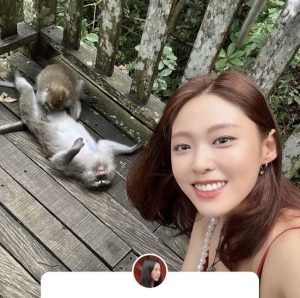 In response to negative feedback from social media users, Seolhyun now deletes the photo. She also explained to the audience that these are just two monkeys catching lice for each other, there is no offensive action, just many people deduce that action.

Seolhyun was born in 1995, is the most prominent member of the group AOA. With a beautiful body, a picture-perfect face, she is one of the advertising stars in Korea besides Suzy, Jennie, IU… She currently has advertising contracts for dozens of brands in Korea. She also has a very popular YouTube channel Brilliantly by Seolhyun. The singer was once entangled in the noise of bullying classmates, was ostracized for a long time before being accepted by showbiz again.

Having only been active for a few years, Seolhyun has acted in many films such as The Murderer’s Shopping List, The Great Battle, Memoir of a Murderer, Orange Marmalade, My Country or Awaken.