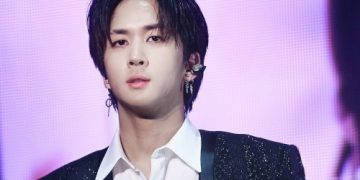 Another shocking controversy over celebrities evading their mandatory military service broke out recently after VIXX’s Ravi is alleged to be the idol rapper who used a broker to fake documents to avoid serving as an active soldier.

Ravi is currently fulfilling his military duties as a public service worker and was exempt from active duty due to health reasons. The allegations began when a large-scale broker organization faced a police investigation for aiding celebrities, athletes, as well as children of wealthy families to fake their health records to receive an exemption from mandatory military service.

Ravi’s label GROOVL1N stated, “After receiving the report, we’re closely examining the truth of the situation. It’s only right to release a statement as soon as possible, but since the problem is related to military duty, it’s only appropriate to find out the details first and then give an explanation afterward. We’re currently figuring out the details. Additionally, if there is a request for an investigation of this case, Ravi will undergo investigations dutifully at any time.”

This latest controversy has brought shock and disappointment to netizens. Some are even raising speculations about other celebrities who served as public service workers.

Netizens commented, “It’s from 2 Days and 1 Night again,” “This reminds me of someone that would be flying when playing basketball but when he has to enlist, he suddenly has next disc and back disc. Even Kim Jong Kook would be showing off how strong or healthy he is on TV but he also served as a public service worker,” “If they’re going to serve anyway, isn’t it better to just go as an active duty than public service worker?” “Kim Jong Kook also didn’t go (active duty) because of his back disc but I wasn’t convinced because he’s so into taking care of his body and shows off his strength all the time on tv,” “There are probably a whole lot of people who used this broker,” “If he wasn’t a customer, the company would have denied it right away but they said he would comply faithfully to investigations,” “How is different from Yoo Seung Joon or MC Mong?” “The allegations must be true. If it wasn’t the company definitely would have denied it since it’s a pretty big crime,” and “He needs to enlist again.”