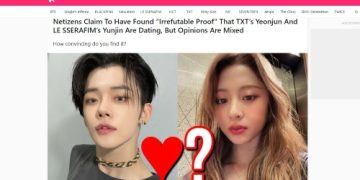 It seems like the most recent big dating rumor between two K-Pop idols involves fourth generation HYBE Labels artists, TXT‘s Yeonjun and LE SSERAFIM‘s Yunjin. But opinions are split on just how convincing the “evidence” is. 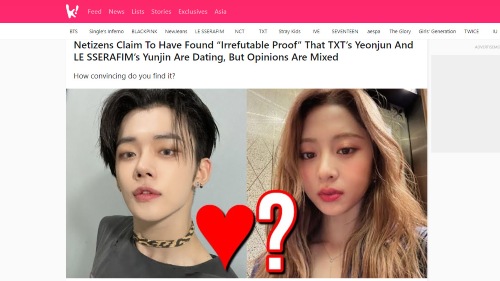 Based on a post on an online forum, the pieces of “evidence” that suggest the two idols are dating started with a foreign fan finding what is allegedly Yunjin’s personal Spotify account. 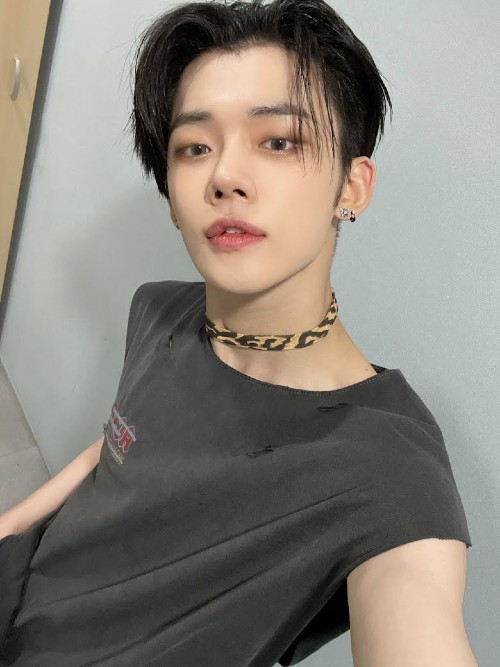 The name of the account is “Huh Yunjin”, and it includes songs that have been previously recommended by the LE SSERAFIM member in the past. Yunjin’s sister also allegedly follows the account. 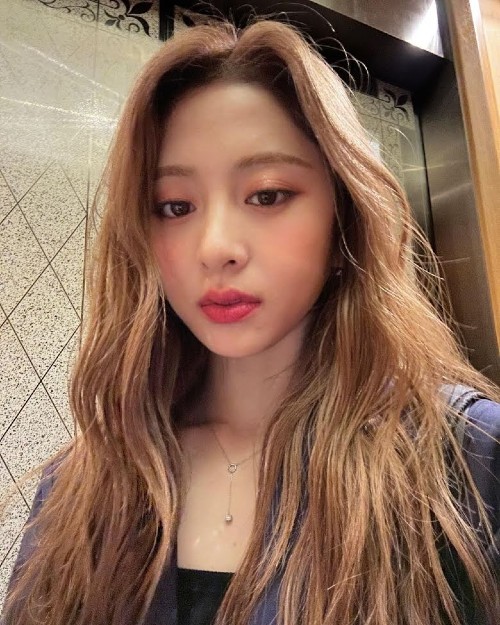 The reason that this account is considered “evidence” for the dating rumor is due to the drawing used as the profile picture. Yunjin recently proved herself to be a great artist after creating the art for the music video for her recently released self-produced song, “I ≠ DOLL”.

That leads into what some netizens think the drawing is depicting. They believe that it’s a drawing of Yeonjun (left) and Yunjin (right), as at the time that the drawing was allegedly created (September 2022), the styling matches the TXT member’s visuals during that period, from his hairstyle/color to his outfit and even his ear piercing. 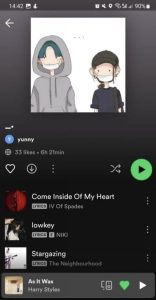 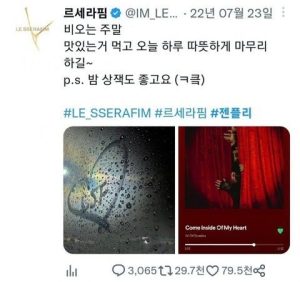 Yunjin was also seen wearing gold hoop earrings around that time, matching the drawing of “herself” in the image.

To go along with this “evidence”, the post also includes the actions of Yeonjun and Yunjin during a HYBE Labels episode of The Game Caterers to further prove their claim that the two are dating. At one point, it appeared that Yeonjun was trying to run up behind Yunjin, but that her fellow member Kazuha beat him to it.

This ended up with Yunjin and Yeonjun beside each other later on in the episode. Netizens think this is evidence that the two were trying to be close to one another on the show.

Of course, as with a lot of dating rumors that come up between K-Pop idols, it’s subjective as to how convincing this “evidence” is. Some think that it’s actually pretty believable, and that the drawing that seems to depict Yunjin and Yeonjun is cute!

While some netizens think that it’s solid proof, though, there are other fans who find it all to be a bit ridiculous.

Overall, this is all just speculation at the end of the day, so none of it should be taken too seriously!