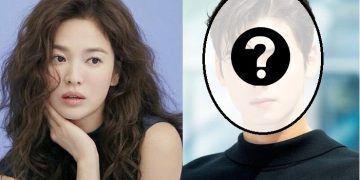 According to Korean media, Song Hye Kyo is entangled in dating rumors with Cha Eun Woo. However, Sports Khan said this was fake news.

On January 5, Sports Khan reported that Song Hye Kyo and her 16-year-old junior were caught in dating news. According to Korean media, the above news originated from a channel specializing in Korean entertainment news. The video has the content that Song Hye Kyo admits to dating Cha Eun Woo who is 16 years younger.

This channel said that Song Hye Kyo recently appeared on the set with a bright smile. Love with the 16-year-old star makes the actress happier. Even the management and staff of the two artists know that they are dating. The two also often act intimately behind the scenes. Song Hye Kyo and Cha Eun Woo used to drive around the city for 2 hours.

This channel said, “Song Hye Kyo broke up with Jang Ki Yong not long ago. She heard that her ex-husband Song Joong Ki has a girlfriend, so she started looking for a new date. That made Song Hye Kyo. fluttered before Cha Eun Woo”.

However, according to Sports Khan, the above news is fake. Since January 3, when the video was released, there have been no articles in Korea confirming that Song Hye Kyo and Cha Eun Woo are dating. “Since Cha Eun Woo’s debut, he has never revealed that his ideal type is an older woman,” Sports Khan wrote. No response has been given by the companies regarding the two stars’ dating rumors.

Recently, the situation of fake news has been a pain in the Korean entertainment industry. A series of artists are caught up in unfounded, unverified news. YouTubers use the reputation of Korean artists to increase views with news that lacks authenticity and clear evidence.

According to Sports Khan, recently, rumors of Lee Yeon Bok’s restaurant closing and Kim Gura breaking up spread on YouTube. One video even announced the death of foodie Baek Jong Won.

Cha Eun Woo was born in 1997, has been a member of the group Astro since 2016. He has participated in many dramas and is famous for his handsome appearance.