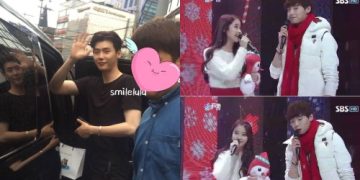 The actor said, “After receiving a big award, I couldn’t say anything to thank my fans, so I’m leaving a message here even though it’s late”, adding “I’m so sorry to surprise you on the last day of the year. Once again, thank you and I’m sorry”.

He explained, “You must have been very shocked to see the articles yesterday. I got to know the friend in the articles for the first time when I was in mid-20s and developed calf love for her, but I couldn’t achieve it”, adding “Strangely, that friend always stayed in a corner of my heart even when I was working hard and living my own life.” 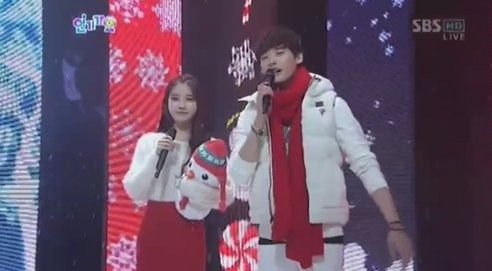 Lee Jong Suk continued, “I’m saying this and I know my fans will understand. To me, her existence is like Kang Dan I”, adding “As a friend, she worries about directions and worries in life. She’s a dependable younger sister but also looks like an older sister and an adult. However, she’s a great friend whom I want to protect. She makes me want to become a better person”.

Lastly, he said, “I should have introduced her well. It’s my first time experiencing this, so I’m worried that my fans would have been so surprised and upset. I hope you keep watching us with a warm heart”.

Kang Dang I mentioned by Lee Jong Suk is the female main character of tvN’s Sat-Sun series “Romance Is a Bonus Book”. In the drama, Kang Dang I is the first love of Cha Eun Ho played by Lee Jong Suk. “Romance Is a Bonus Book” is a well-made romantic comedy about two people who were together in their childhood then developed into lovers after time passes.

Earlier, Lee Jong Suk and IU officially acknowledged their romantic relationship on the last day of 2022 and became an official couple.