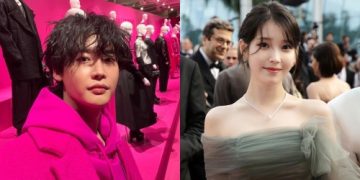 Lee Jong Suk wrote a heartfelt letter to his fans after confirming his relationship with IU.

“Hello, this is Lee Jong Suk. I did not have a chance to leave a letter of gratitude to my fans after receiving such a big award so I’m belatedly writing it now. It’s been a while since I posted here. 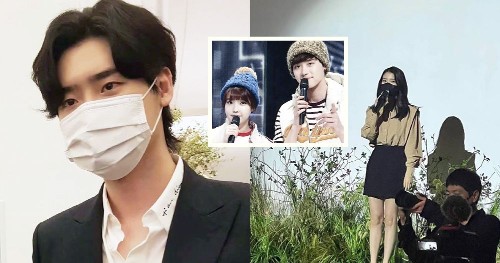 I’m sorry that I startled all of you on the last day of the year. Thank you to everyone who shouted out supportive words and applause at the awards show to help me keep my confidence. What I really wanted to say to all of you is that I am truly grateful for your continued love and support when I still have a long way to go even though I’ve aged. I got more nervous as I spoke, so I forgot the most important thing. I am once again thankful and sorry.

And I believe a lot of you would have been surprised due to the articles yesterday… the person in the news. I first met her in my mid-20s and it felt like an inexperienced love, something big that I couldn’t achieve. We have been friends for a long time. Well, I want to elaborate better…She somehow stayed on my mind even when I was living my own life. I think you guys will understand when I say she was like Kang Dan-i to me.

She would share my concerns in life and I could lean on her as my friend. And she is sometimes like my older sister although she is younger than me. She is an amazing person that is mature but also makes me want to protect her. And now she makes me want to be a better person.

I should have introduced her well but this is something new to me as well, so I’m worried about how surprised you would be. I hope you could see us in a favorable light with warm hearts. Thank you again for your support and love throughout the eventful year and it was great seeing you all again. Happy new year and I always love you.”