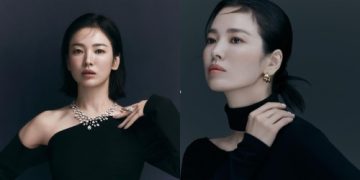 Actress Song Hye Kyo will reportedly not be holding any interviews ahead of the premiere of the new Netflix series ‘The Glory’.

On December 29 KST, one exclusive media outlet revealed that actress Song Hye Kyo, along with her ‘The Glory’ co-stars, will not be conducting any interviews ahead of the series premiere. The report claimed that it was “unusual” for stars to not conduct any interviews ahead of the premiere of their new show, and raised speculations that this decision was made due to Song Joong Ki’s recent dating news.

With Song Joong Ki’s new romantic relationship being confirmed, it is possible that Song Hye Kyo may receive uncomfortable questions about her former husband/actor Song Joong Ki during these interviews. In response to these speculations, Netflix representatives responded, “This [decision] has nothing to do with the actors. Part 2 of ‘The Glory’ is scheduled to be released in March of next year, so we plan on preparing a space for deeper conversations after the second part is released.”

Meanwhile, ‘The Glory’ is scheduled to release ‘Part 1’ through Netflix on December 30 KST.