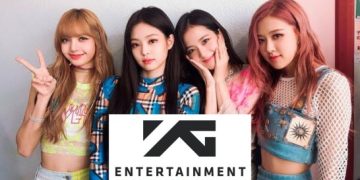 Kpop Herald news agency reported that the 4 girls will most likely switch to The Black Label founded by Teddy, leaving the old company. This discussion, which took place earlier this year, is still ongoing.

Responding to the information on YG shared, “It is difficult to confirm whether the 4 members of BLACKPINK will sign with The Black Label or not after the group’s exclusive contract ends.”

Recently, the privacy of BLACKPINK members has been continuously violated. The culmination was a series of dating photos of Jennie and V (BTS) spreading on social networks. However, YG Entertainment still kept silent, neither corrected nor confirmed, causing Jennie to be constantly harassed. Even when going to the airport to the US, the female idol kept bowing her head. Or during the trip to Japan, the image of Lisa and Jisoo was also spread.

Before this action, fans were extremely angry, repeatedly asking YG Entertainment to protect the idol. Some people even think that BLACKPINK should not continue to renew the contract with the company. Because YG Entertainment has a duty to protect artists, but YG has never done a good job.