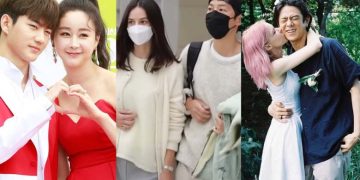 Amid the news of actor Song Joong Ki’s relationship, netizens are taking a look at Korean stars who date and are even married to non-Koreans.
Song Joong Ki’s agency, HighZium Studio, said on Dec 26th, “Song Joong Ki is dating a woman, and their relationship is going well.”

On the same day, a media outlet reported that Song Joong Ki is dating a British woman. Song Joong Ki’s girlfriend is reportedly a non-celeb working in a job unrelated to the entertainment industry. 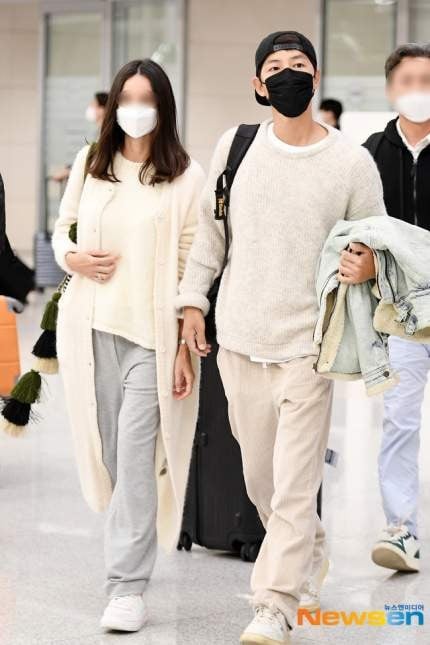 In particular, Song Joong Ki doesn’t even hide the existence of his lover as she also accompanied him during official events and his overseas schedules. On social media and online communities, many confirmed that they had saw the couple on their dates before. As a result, netizens are looking back at stars who date and even got married to non-Koreans. 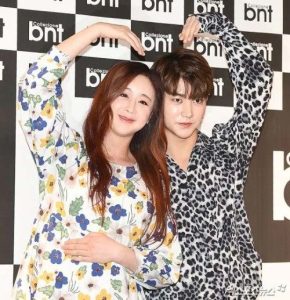 Ham So Won and Jin Hua couple made their names known as an international Korean-Chinese couple who are 18 years apart. They started dating publicly in 2017 and got married in 2018.

The couple appeared on TV Chosun’s “Taste of Wife” and was loved by the viewers as the shared their story from pregnancy, giving birth, to parenting daily life. They almost broke up once, but they overcame the crisis and are currently preparing to move abroad. 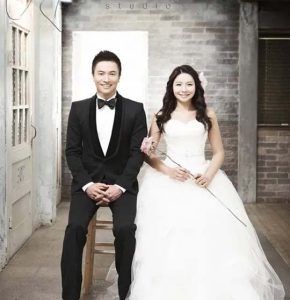 Kim Jung Min is married to Rumiko, a Japanese idol who is 11 years younger than him, and they already has three sons together. They met through the introduction of singer Park Hye Kyung, and decided to get married only two months after they met. The couple is on the 17th year of their marriage.

Kim Jung Min appeared on JTBC’s Knowing Brother last year and mentioned his wife Rumiko, saying, “I was 38 years old and Lumiko was 26. If she knew I was 38, she wouldn’t have dated me,” he said, telling the story of their first date. 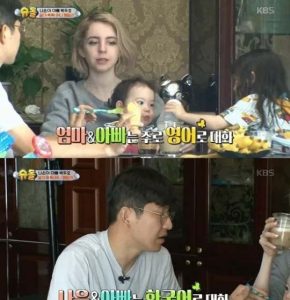 Recently, fans of the couple are sad to hear that Anna is battling against cancer. Park Joo Ho, who won the “Best Entertainer Award” at the “2022 KBS Entertainment Awards” on Dec 24th, said, “This year was very difficult. I would like to take this opportunity to thank my wife Anna, who is enduring and overcoming her pain with positive thoughts,” expressing his affection for his wife. 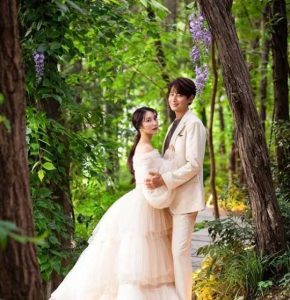 Lee Ji Hoon got married after dating Ayane, a Japanese 14 years younger than him. They appeared on SBS’s “Same Bed, Different Dreams 2 – You Are My Destiny” and revealed their newlyweds’ daily lives as well as their dates back then.

Ayane said about becoming the daughter-in-law of an 18-member family, “I feel like I have more friends, sisters, younger brothers, and mothers. I love it. Of course, there are some inconveniences in life, but I think those are the same not matter if I live close or far away.” Lee Ji Hoon and Ayane are said to be preparing to welcome their first child. 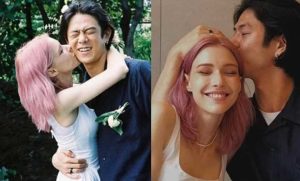 Rapper Beenzino dated dating German model Stephanie Michova for seven years since 2015 before tying the know last August. The story of Michova waiting for Beenzino’s discharge from the army and Beenzino’s diamond ring proposal attracted a lot of attention on the internet.

After registering his marriage with Michova, Beenzino shared, “Breaking news, Beenzino has secretly married Stephanie Michova at the Yongsan-gu Office. Staff at the office said Beezino sweated a lot when filling out the marriage registration.” 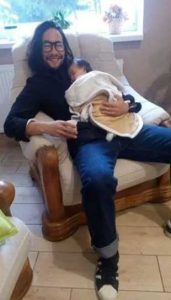 Ryu Seung Beom got married after three years of dating with a Slovak painter who is 10 years younger than him. Ryu Seung Beom’s wife is known to be a painter working in France.

Ryu Seung Beom has been in France, devoting his energy to prenatal care, taking care of his wife during childbirth, and holding his pretty daughter in his arms.