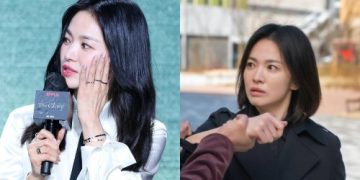 After the fight scene in the new movie ‘The Glory’, Song Hye Kyo and co-star Lim Ji Yeon both had swollen faces and had to apply ice to continue filming.

At the press conference to introduce the film on the morning of December 20, Song Hye Kyo said that she has been working for a long time, but this is the first time she has been slapped on the film. She and Lim Ji Yeon were asked by the director to wave and slap each other at the same time. This is a difficult scene for both of them.

The actress recalled that moment, “I think Ji Yeon’s feeling was the same as mine. I couldn’t think, couldn’t remember the lines. Both of us had handprints on our cheeks, couldn’t film. We had to apply ice and wait for the mood to calm down.” 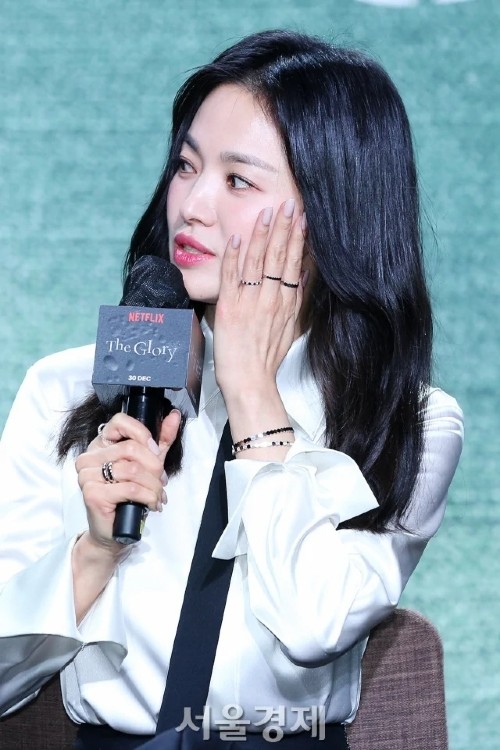 Song Hye Kyo wore schoolgirl style clothes to the press conference on the morning of December 20.

With The Glory, Song Hye Kyo tried her hand at the revenge movie theme for the first time. She plays Moon Dong Eun, a girl with an unhappy childhood who was abused at school but was not helped by her parents or the police. She used to think about death but in the end chose revenge. Later, Dong Eun became a classroom teacher for the child of her bully. She used this to take revenge on her childhood.

For Song Hye Kyo, portraying the character Moon Dong Eun is not simple. When she first read the script, she felt dizzy. But the story and the role in The Glory makes her really want to try. She shared, “It’s hard to play the role of a victim of school violence. Dong Eun is defenseless and hurt. I want to use acting to emphasize that aspect.”

See you again Song Hye Kyo from now on Descendants of the Sun, Writer Kim Eun Sook was surprised by her inner expression. From her gait and voice, she did not see actress Song Hye Kyo, only the character Dong Eun. That makes screenwriter Kim very satisfied.

Director Ahn Gil Ho said that the character Dong Eun is both weak and strong and that not many actors are able to portray these two opposing personalities at the same time. From the beginning, the director only thought of Song Hye Kyo for this role. “Fortunately she agreed. Her resemblance to the character is 120%,” added the director. 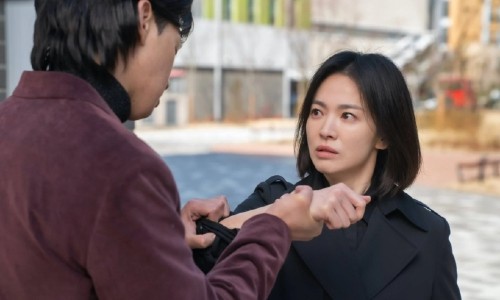 Song Hye Kyo has short hair, has many psychologically heavy scenes, and fights in ‘The Glory’. Photo: Hancinema

Over the past few years, Song Hye Kyo has acted in few movies, but often attracts attention every time she reappears. The last time she appeared on screen was in a movie Now, We Are Breaking Up. In that movie, Hye Kyo and Jang Ki Yong’s “hot” scenes were searched a lot online. Her fashion designer character was praised for her beauty, but controversial for her acting, was commented on the lack of emotion and voice. Role in The Glory promises to have a higher demand from her in terms of psychological acting. This movie premieres on Netflix from December 30.