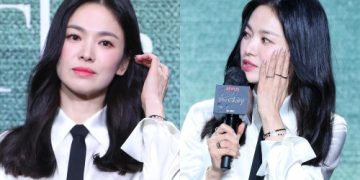 On December 20, KST, the press conference for the new Netflix series ‘The Glory’ was held in Seoul.

While fans noticed Song Hye Kyo’s exceptional beauty at the press conference, with her chic and elegant beauty raising anticipation for her new revenge plot drama, some netizens also pointed out that the actress is beginning to show signs of aging. 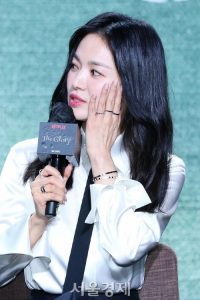 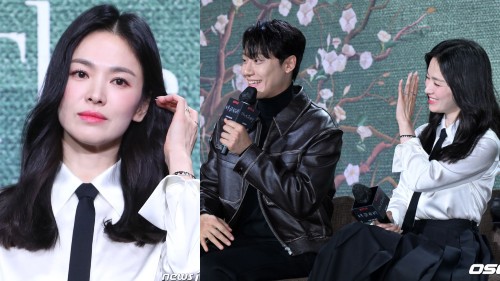 There was a heated discussion on various platforms where netizens shared their opinions on the matter. Some netizens commented on Naver, “She aged a lot,” “She can’t fight against time,” “I can really imagine her acting just by hearing her voice and looking at her face but I’m curious how the writer wrote the drama,” “Wonder if her acting improved,” “She looks a lot older these days,” and “She always does the same type of acting in different dramas. Before I used to watch her drama because she was pretty but now I gave up.”

On the other hand, netizens commented, “The photos were just taken in a weird angle,” “She’s over the age of 40, of course, her age would start to show, it’s not like she’s a vampire,” “Is it wrong that she aged?” “She still looks younger than her age,” and “Is everyone expecting her to be immortal?”