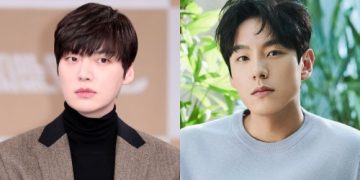 Actor Ahn Jae Hyun has been cast in KBS’s new weekend drama ‘The Real Deal Has Come’ and will be replacing Kwak Si Yang, who recently improved2 from the drama due to scheduling conflicts.

Ahn Jae Hyun will take on the role of the drama’s male lead Gong Tae Kyung, an obstetrician. Despite his handsome looks and gifted brains, he is against the idea of marriage. One day, he meets a patient named Oh Yeon Du (played by Baek Jin Hee) and becomes entangled in a fake romance contract.

This will mark Ahn Jae Hyun’s first male lead role in a KBS weekend drama series. The production is set to begin filming soon with aims to air in early 2023.