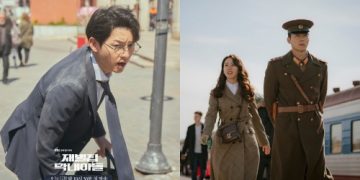 At present, “Reborn Rich” is the drama with the third-highest viewership ratings in all of JTBC history, bested only by the network’s smash hits “The World of the Married” and “SKY Castle.”

On December 17, ratings for “Reborn Rich” climbed to a new all-time high: according to Nielsen Korea, the drama scored an average nationwide rating of 22.5 percent for its 13th episode, making it the most-watched program of any kind to air on any channel on Saturday.

With this latest figure, ‘Reborn Rich’ has officially passed ‘Crash Landing And You’ (21.7%) . “Reborn Rich” has edged even closer to the record set by “SKY Castle,” which peaked at a nationwide average of 23.8 percent. (“The World of the Married” peaked at an average nationwide rating of 28.4 percent for its series finale.)

“Reborn Rich” was also the most-watched program of the day among the key demographic of viewers ages 20 to 49, with whom it scored an average rating of 9.4 percent.