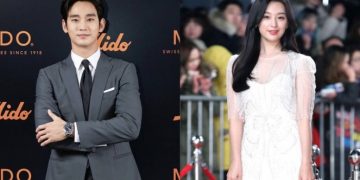 Kim Soo Hyun and Kim Ji Won are now confirmed to be starring in the upcoming drama “Queen of Tears” (working title)!

“Queen of Tears” will be penned by Park Ji Eun, the writer of the hit dramas “My Love From the Star” and “Producer,” and helmed by director Jang Young Woo, who previously worked with Park Ji Eun on their drama “Crash Landing on You.”

Kim Soo Hyun, who starred in both “My Love From the Star” and “Producer,” will be reuniting with Park Ji Eun to take on the leading role of Baek Hyun Woo, while Kim Ji Won will be starring as his wife Hong Hae In.

Baek Hyun Woo, who is the pride of the village of Yongduri, is the legal director of the conglomerate Queens Group, while chaebol heiress Hong Hae In is the “queen” of Queens Group’s department stores. “Queen of Tears” will tell the miraculous, thrilling, and humorous love story of this married couple, who manage to survive a crisis and stay together against all odds.

The drama will begin filming in the first half of 2023 and is currently scheduled to premiere in the second half of the year.

Are you excited to see Kim Soo Hyun and Kim Ji Won in this new drama?