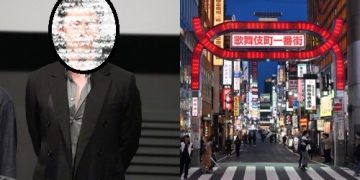 On November 22, SBS reported shockingly, the top male star A and CEO B were spotted playing golf with 2 girls at a luxury golf resort in Chiba, Japan. It is known that this male star A is in his 40s and has a wife. The entire cost of the golf trip and dinner of 4 people, including alcohol, is paid by CEO B with the company’s card.

Mr. B said that the meeting with A was to discuss casting for a Korean-Japanese co-production. However, the identities of the two girls accompanying A and B shocked the audience. It is known that these two girls are in their 30s and 40s and are flight attendants at an adult entertainment establishment. This made the media question whether their meeting was purely about the movie.

Talking about the scandal, star A said that he did not know the girls and did not know they were hostesses at an adult entertainment establishment. “Mr B said that it was an acquaintance and I only met them right before the golf session. We only played golf, we didn’t eat or drink or go to the bar.”

CEO B of the entertainment company said, “I originally wanted to introduce someone, but that person was sick, so I had to rush to introduce a girl who can speak Japanese and can play golf. I know this is not suitable for me. meeting to discuss business, but because of the language barrier, it had to be done.”

Currently, Korean netizens are actively searching for the identity of star A and CEO B.

The identities of A and B are still unknown