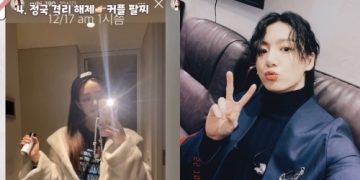 Will a Kpop idol couple be exposed by Dispatch on the first day of 2023?

In less than two months, the world will officially say goodbye to 2022 and welcome 2023 with hope for more positive changes. For fans of the Hallyu wave, January 1st is worth looking forward to, yet also makes them scared because every New Year’s Day, Dispatch has its own tradition of exposing relationships of celebrity couples (actor, singer, idol, athlete,…).
Now, fans have started making their predictions about the pair that will open for 2023. And BTS’ Jungkook & Actress Lee Yoo Bi is one of the prominent rumored couples among them.

BTS’ Jungkook has apparently been caught up in another round of dating rumours. This time around, rumours have been spreading like wildfire, stating that the idol is currently in a relationship with actress Lee Yoo Bi .
Previously, a netizen came up with several proofs on his YouTube page, claiming to the viewers that Jungkook and the 31-year-old starlet are an item. According to him, the rumoured couple first met in 2018.

As per allkpop, the YouTuber’s assertion can be summed up in five points. First of all, he claimed that Yoo Bi is a fan of the idol and often uses purple heart emoji on her social media postings. The second being that the actress shared a photo of her outing the day when Jungkook’s self-quarantine period ended. The latter was also said to have posted the same emoji on social media. 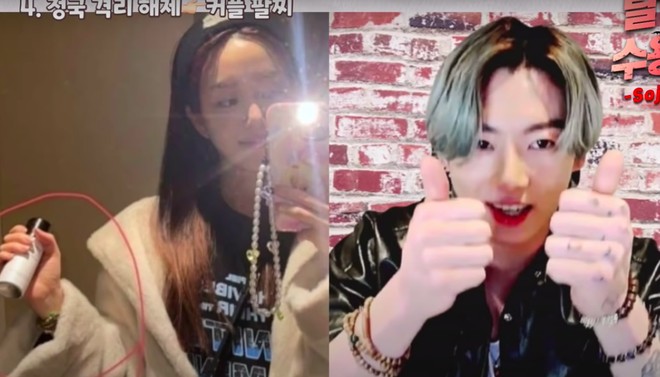 The third point claims that the duo were spotted sporting matching sweatshirts and bracelets. The actress also (allegedly) revealed that her dream guy is someone with beautiful eyes and masculine charm, apart from naming September (Jungkook’s birthday month) as her favourite month. Last but not least, the YouTuber claimed that Jungkook’s brother and Lee Yu Bi’s sister follow each other online.