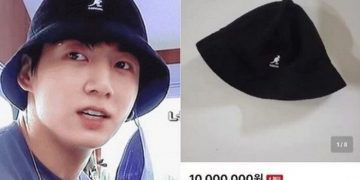 Police confirmed the hat belonged to BTS’s Jungkook and the person who tried to sell the hat online for 10 million KRW (~7,006.31 USD) is facing charges.

According to the Seocho Police Station on November 7th KST, HYBE Entertainment confirmed the BTS member lost his hat in the waiting room of the passport department at the foreign affairs ministry.
The person (hereinafter A) who tried to sell the hat online deleted the post and turned himself in to the police on October 19th KST after the post became controversial and received much criticism.

The police said, “We charged A with embezzlement of lost articles. We have concluded investigations and A has admitted to the allegations. We are further looking into the legal basis if we should charge him with occupational embezzlement instead.”