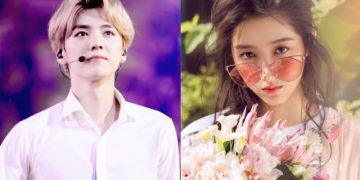 According to Chinese media reports on November 6th, the couple registered their marriage after dating for 5 years. It was reported although they became legally married, the couple will be holding their wedding ceremony next year. It was also reported Luhan bought a luxury house in Beijing as their home and proposed to Guan Xiaotong with gifts worth more than 13 million USD.
The Chinese media further reported that Guan Xiaotong’s father wanted his daughter to get married at 25 and she just turned 25 this past September. However, there are some netizens questioning the validity of the news.