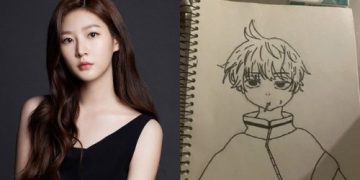 Kim Sae Ron is receiving heat for a meaningful e-cigarette in her social media post.

As previously reported, the actress posted on Instagram for the first time since her DUI controversy, and she quickly deleted the post as if it was a mistake. Kim Sae Ron is now under fire for a meaningful e-cigarette in the top portion of the photo she posted. 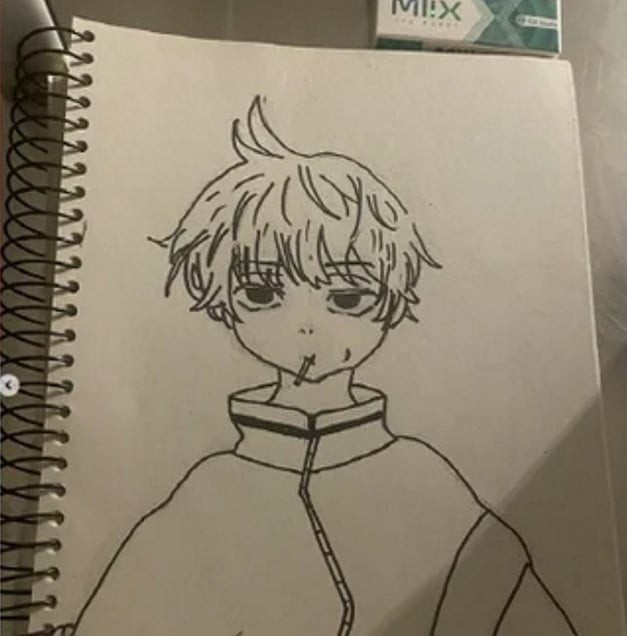 According to Korean media outlets, an e-cigarette can be seen on top of her drawing notepad in the image below, and it’s now causing a slight commotion among some netizens as she’s currently in a period of self-reflection after apologizing for drunk driving this past June. It seems some netizens are frowning on her post of the drawing of a male figure and her meaning e-cigarette.

Kim Sae Ron was caught drunk driving in Cheongdam-dong, Gangnam-gu, Seoul earlier this May. She ran into guard rails, street trees, and transformers several times. The police, who arrived after receiving a report of a vehicle suspected of drunk driving, tried to measure her blood alcohol level, but Kim Sae Ron refused to do so, and requested a blood test. So she was taken to a nearby hospital and given a blood test.

As a result, she dropped out of the cast of SBS’s drama ‘Trolley’ and Netflix’s original drama ‘Hunting Dogs’, which she was scheduled to appear in. At that time, Kim Sae Ron posted a handwritten apology the day after the accident and said, “I should have acted more cautiously and responsibly, but I couldn’t. I sincerely apologize. The damage caused by the accident is currently being sorted out with my agency, and I will do my best to communicate and actively resolve it until the end. I’m very sorry to my fellow actors and staff, as well as the production crews, for causing setbacks in the production of the work we were filming and the work we were preparing for.” 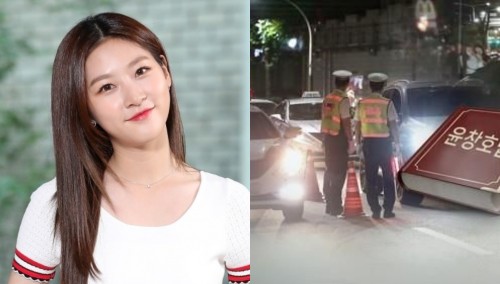 It was confirmed that Kim Sae Ron’s blood test results that were released afterward were also at the level of license revocation. A representative of her agency said, “Kim Sae Ron is deeply reflecting on her wrongdoing. In addition, she is making full compensation for the damage caused by the accident. She will do her best to take responsibility until the end.” Once again, we deeply apologize to everyone.”

After causing a scandal, Kim Sae Ron started a period of self-reflection. It seems that Kim Sae Ron uploaded the drawing photo by mistake. Netizens are speculating, “Did she mistakenly post it on her public account instead of her private account?”

Currently, the post in question has been taken down, but some overseas fans who saw the post in a short time left comments such as “Why did you delete it?”, “I wonder how you are doing”, and “When will you come back?”.

What are your thoughts on the issue?