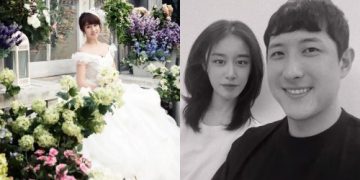 T-ara’s Jiyeon and her boyfriend, a professional baseball player Hwang Jae Gyun will be getting married this coming December!
On November 2 KST, an official from AnB Group revealed that Jiyeon and Hwang Jae Gyun will be holding a private wedding ceremony on December 10. The first couple developed their romantic relationship near the end of 2021, after getting to know each other through acquaintances. shortly after, both Jiyeon and Hwang Jae Gyun personally announced that they will be getting married through handwritten letters. Jiyeon had written in her letter, “I will live a pretty and happy life with my dependable boyfriend, who holds me firmly and lent me his shoulders to lean on.”