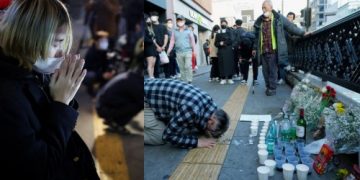 Koreans Grieving flocked to Itaewon Plaza to commemorate the victims of the Itaewon Halloween party tragedy.

The South Korean government said memorial sites will be set up in central Seoul for people to pay their respects to the victims of the October 29 stampede.

The Seoul Metropolitan Government said a memorial places will be established at Seoul Plaza, central Seoul on October 31, according to Yonhap. Residents can pay their respects to the victims here.

Another memorial site will be established at Itaewon Plaza, located near the site of the tragedy, according to the Yongsan district office. In the photo, a woman pays her respects near the scene of a stampede during Halloween in Itaewon.

People remember near the scene of the stampede on October 30. The latest update from the fire department in Yongsan said that at least 153 people were killed, including 19 foreigners, and 82 others were injured. Among those who lost their lives were 97 women and 56 men, most of the victims in their teens, with the 20-year-old group most affected in the tragedy. 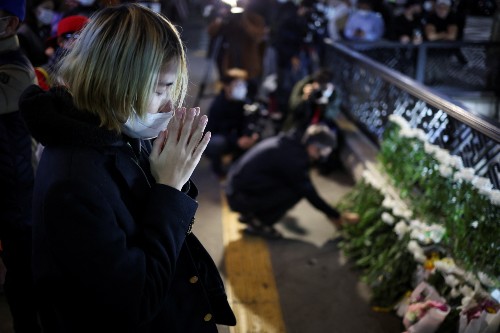 The South Korean government has designated a period of national mourning from October 30 to November 5, and ordered flags to be flown at half-staff at government buildings and public offices, Reuters reported. 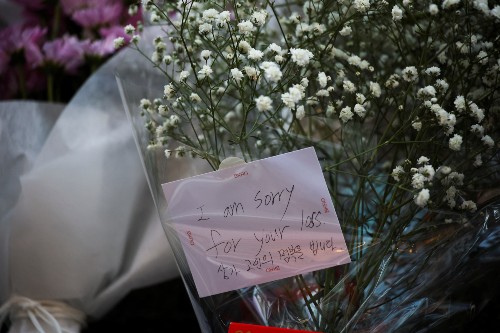 The injured and the families of the dead will receive financial support after Yongsan is designated a special disaster area. 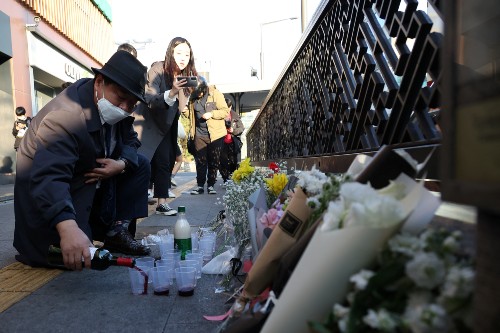 “The disaster that shouldn’t have happened happened in the heart of Seoul last night,” South Korean President Yoon Suk Yeol said live on national television from the presidential office. “The government will investigate. carefully the cause of the incident and make regulations to ensure that similar accidents do not happen again… My heart is heavy, I can’t hold back the pain.” 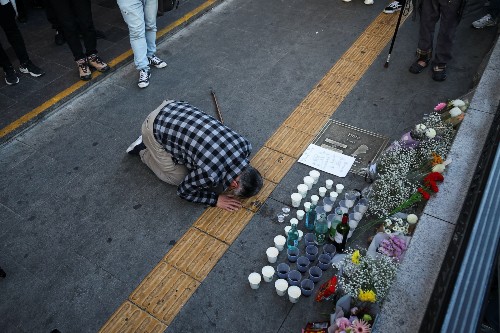 People expressed their condolences to the victims of the tragedy. 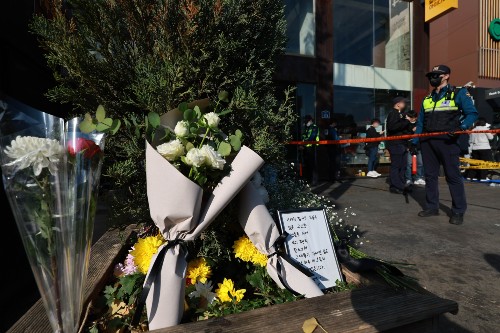 Flowers are seen at the site of a deadly stampede in Itaewon on October 30. A series of cultural events scheduled for Halloween and early November were canceled following the tragedy.