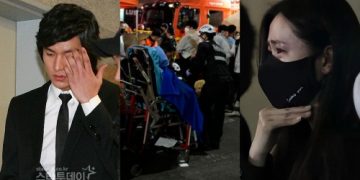 On the night of October 29 in Seoul, more than 100,000 people gathered in the neighborhood of Itaewon to celebrate the Halloween weekend. Due to a suspected crowd surge, over a hundredpeople were reported to have suffered from cardiac arrest.

Yongsan Fire Department in Seoul confirmed that the death toll has risen up to 149 and at least 150 have been injured. Over a hundred victims are hospitalized across the city and 45 of them have been sent to the Wonhyoro Indoor Gymnasium in Yonsang District.

Furthermore, 19 are reported to be severely injured with 57 suffering from minor injuries. Officials are currently urging the speedy identification of the victims to alert their families. Most victims are reported to be in their twenties.

The city of Seoul has also increased the number of buses and subways to provide emergency transportation at this time. Due to the high number of police and firefighters dispatched to this scene, it has been highly advised across social media for the public to safely return home as soon as possible.
Faced with the current difficult situation, many artists such as Lee Min Ho, Song Joong Ki, Park Shin Hye, Son Ye Jin and the stars prayed for the victims of the Halloween party at Itaewon.
Son Heung Min expressed his condolences in regard to the Itaewon Halloween tragedy.

On October 30 KST, the Tottenham Hotspur FC athlete took to his personal Instagram to write, in Korean: “I was told about the sudden accident. I hope that there won’t be any more unfortunate victims, and I express my deepest condolences to the victims of the accident.” He then continued in English with, “Spurs fans, thank you for pushing us today, we won because of you. Most importantly, all my thoughts are with you all back home in Korea. I am heartbroken to be reading this news… I want you to all know I am thinking of you and sending all of my strength from here.”
SM Entertainment has canceled its popular Halloween party event.

On October 30 KST, the agency took to their fandom platform KWANGYA CLUB to announce to users, “The live broadcast of ‘SMTOWN WONDERLAND 2022,’ which was scheduled to be broadcast live for free through the global platform Beyond LIVE, has been canceled.”

This sudden schedule cancellation from SM Entertainment follows the aftermath of the crushing accident that occurred on October 29 in the Itaewon area, where a large crowd gathered for Halloween. The fire department announced that as of 6:30 am on October 30, 149 people had died and 76 people were injured.

Meanwhile, ‘SMTOWN WONDERLAND 2022’ was originally planned to be the agency’s first offline Halloween party since the COVID-19 outbreak.