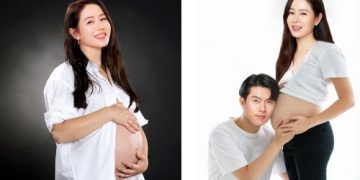 Hyun Bin and Son Ye-jin are waiting for the birth of a “prince” this December.
According to a report by SPOTV News on October 27th, Son Ye-jin and Hyun Bin’s first child is a son.

Hyun Bin and Son Ye-jin announced their pregnancy at the end of June and received warm congratulations from the public. The couple recently confirmed that their child is a son and they are preparing for the child for the birth of the child with blessings and care from their family members and acquaintances. 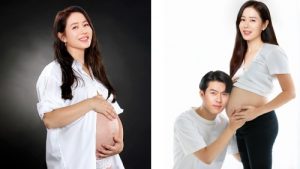 Expected to give birth to her son in December, Son Ye-jin is currently stabilizing and focusing on prenatal education.

Recently, Son Ye-jin has been actively communicating with fans by revealing photos proving her amazing cooking skills on SNS. She also made headlines by taking a proof shot of her going to the cinema to watch the movie “Confidential Assignment 2: International” led by her husband Hyun Bin.

“Soon-to-be father” Hyun Bin also expressed his gratitude in an interview for “Confidential Assignment 2: International”. He said, “I have to live hard”, adding “I haven’t got the feeling yet. Others told me that it would feel so real when I see it in front of my eyes. I wonder if I would feel the same. I’m waiting for that to happen with a warm heart full of blessings”.

The two representative top stars of Korea got married and became the “Couple of the Century”. They developed into lovers after working together in the drama “Crash Landing on You”, which depicts a fateful romance that goes beyond the reality of a division. After several dating rumors, the couple finally had a happy ending in March this year.