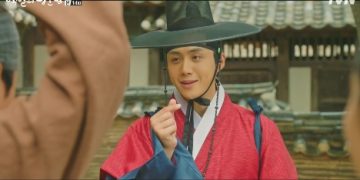 ‘Haesi’s Shinru’ is a romance historical drama that depicts the story of Lee Hyang, a genius scientist who loves the stars, and Hae Ru, a mysterious woman who can see the future. The story is set in the Joseon era and will be written by the webtoon original artist Yoon Yi Soo, who is also the original author for the webtoon ‘Love In The Moonlight’. Kim Seon Ho will be playing the role of the genius scientist and crown prince, Lee Hyang.