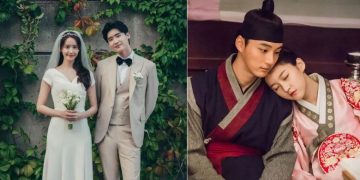 The chemistry of these couples was what attracted viewers and led them to believe in their love. 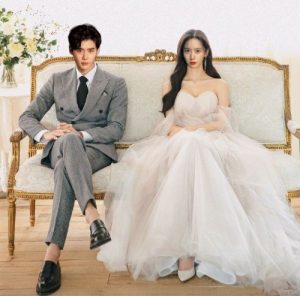 As a resilient couple willing to die for each other, Lee Jong Suk and Yoona did not have any kiss scene through the 16 episodes of “Big Mouth”. When they reach the end of the series, the lead couple could not even be together as Yoona’s character died due to her cancer. Nonetheless, no viewer could deny the pairing between Yoona and Lee Jong Suk. From appearance to acting, the married couple on “Big Mouth” became one of the most memorable couples on Korean drama of 2022.

In the series, Lee Jong Suk and Yoona played Chang Ho and Mi Ho, respectively. They led a peaceful life before Chang Ho was pinned for others’ crimes and went to jail. Their journey to seek justice was filled with painful and sweet moments. 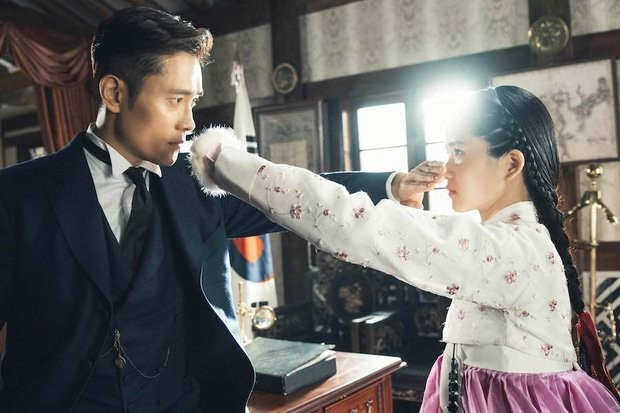 Lee Byung Hun and Kim Tae Ri co-starred in “Mr. Sunshine”, a Korean television series hit. In the drama, Lee Byung Hun played an Korean-American who was exiled when he was young and now returned to Korea to avenge his parents. Kim Tae Ri played a noblewoman leading a double life as part of a Righteous army and strives to break stereotypes about women. Both characters held on to their ideals. They met and went through much hardship amidst the struggles of a nation. There was no kiss but the look they shared alone could show the sweet romance to the audience.

Kim Sae Ron and Yoon Si Yoon were paired on “Mirror Of the Witch”. The series was about a princess being cursed and left in the depths of mountains, where she met a man called Heo Jun.

The drama was released in 2016, when Kim Sae Ron was only 16 years old, 14 years younger than the male lead Yoon Si Yoon. The huge age gap and the fact that Kim Sae Ron was still a minor prevented a kissing or intimate scene from happening. The result was that viewers were comfortable when watching while still pleased with their on-screen chemistry.

“One Sunny Day” surrounds Kim Ji Ho (So Ji Sub), a man with a troubled past who came to Jeju to realize his project. His life took a turn when he met a special girl (Kim Ji Won). The duo was robbed so they had to spend the night in the same guest house, sparking new and special feelings between them. Despite being a romance, “One Sunny Day” did not contain any kissing scenes.