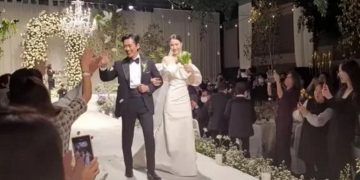 The actor couple tied the knot after 6 years of dating at the Shilla Hotel in Jangchung-dong, Seoul on October 7. The same day, producer Choi Yoon Seok, who worked with Nam Goong Min on the drama ‘Good Manager’, shared the photos and videos below. 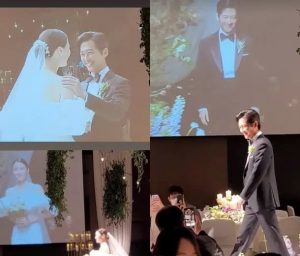 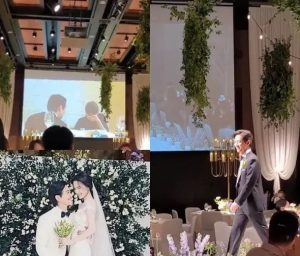 The video reveals Nam Goong Min and Jin Ah Reum walking down the aisle as guests cheer them on. The two met on the set of the 2015 film ‘Light My Fire’.