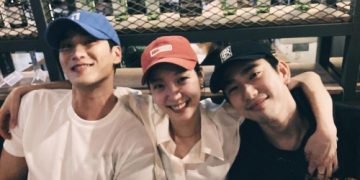 Not Park Min Young or Suzy, this Korean actress is Lee Min Ho’s most special woman

On September 24, Wikitree reported that Kim Go Eun will hold a fan meeting to celebrate her 10th debut anniversary at the Yes24 Live Hall performance center on October 15. The ticket price listed on the online ticketing website Yes24 is 88,000 won for all seats.

According to Wikitree, many viewers have complained about the ticket price of Kim Go Eun’s fan meeting. They claim that this price is higher than other fan meetings. It is known that the average ticket price for a fan meeting of actors in Korea ranges from 30,000 to 50,000 won.

Kim Go Eun was born in 1991 and debuted in 2012 with the movie A Muse. However, 2 years later, Kim Go Eun took a break from acting to focus on completing her studies. In 2014, the actress returned to acting and achieved much success with projects such as Monster, Coin Locker Girl, Goblin, etc.

Recently, Kim Go Eun participated in tvN’s drama Little Women. In the drama, she plays the role of Oh In Joo, the eldest of the three Oh sisters. Oh In Joo wishes to have a life like any other normal person, but a strange case has completely changed her life.