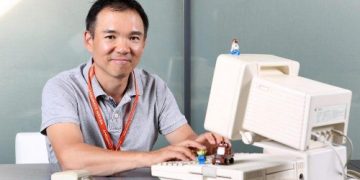 Kim Jung-youn, the teenage daughter of the late Kim Jung-ju, the South Korean founder of Nexon who died in February at the age of 54, is the world’s youngest billionaire after inheriting a stake in the online gaming giant.

Jung-youn and her older sister, Jung-min, inherited a 30.78% stake each in NXC, their father’s personal holding company, according to a regulatory filing earlier this month. South Korea-based NXC is the largest shareholder in Japan-listed Nexon, with a nearly 48% stake.

Jung-ju’s wife, Yoo Jung-hyun, who was already a billionaire, inherited a 4.57% stake in NXC from her husband. Yoo, 53, helped Jung-ju start Nexon in 1994 and remains the largest shareholder in NXC with a 34% stake. She made her debut on the Korea’s 50 Richest list this year with a net worth of $3 billion.

Not much is known about Jung-ju’s family. It has been widely reported that Jung-min and Jung-youn were born in 2002 and 2004, respectively. At 18 years of age, Jung-youn is the youngest current billionaire in the world. The person who previously held the distinction was Kevin David Lehmann of Germany, who turned 20 this month. His father, Guenther Lehmann, transferred a stake in German drugstore chain drogerie markt to his son when he was 14, but it remained under a trusteeship until his 18th birthday, which was in 2020.

Jung-ju himself was famously media-shy. While Nexon is headquartered in Tokyo, he established NXC in Jeju, a resort island off the southern coast of the Korean peninsula. He retired from day-to-day management in 2006 and focused on philanthropy and other investments. Jung-ju was named as one of Forbes Asia’s 15 Heroes of Philanthropy last year for his donations to children’s hospitals.

Before his death, Jung-ju was ranked the third-richest person in South Korea last year, right after pharmaceutical tycoon Seo Jung-jin and Samsung’s Jay Y. Lee, with a net worth of $10.9 billion.