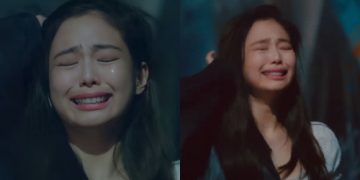 Jennie has been plagued with rumors since her debut and has a busy schedule. The singer once confided that she was tired both mentally and physically.
Jennie is known as the princess of YG Entertainment because of this company’s support for female singers. She took on many important roles and was also the first member of the group to have a solo song. The fact that YG Entertainment actively promotes Jennie is understandable because the female singer has many advantages to become a celebrity, from her different appearance and charisma to the ability to sing, rap and dance evenly. And just as YG expected, Jennie quickly became famous.

She is always the focus in every appearance. However, being famous also entails many downsides. During her active years, the female singer was entangled in countless rumors and controversies.

In September 2012, when Jennie was still a trainee at YG Entertainment, she was embroiled in a bullying controversy. The poster accused Jennie of school violence and racism against other Asians while living in New Zealand. In 2016, not long after Jennie debuted with BlackPink, rumors of school violence continued to spread on social networks.

Meanwhile, many netizens argued that the matter should be re-investigated and encouraged witnesses to present relevant evidence. However, others believe the rumors are untrue.

In addition, the fact that Jennie was favored by the company also made her hated by the public. Many people think that YG Entertainment is too fond of Jennie that they forget the rest of the group. In particular, during the period when social networks spread many images of Lisa being treated badly, Jennie struggled more and more because of the criticism. The image of Lisa sitting on the floor, taking off her socks for Jennie while sitting on a chair on the show My Little Television was the culmination of the controversy.

In 2021, when YG Entertainment did not agree to let Lisa participate in Paris Fashion Week in France or promote Lalisa products that were too sketchy, Jennie continued to be called out. Worth mentioning, not only the audience but also the Thai media implicitly alludes to Jennie.

According to Meaww, when posting the article that Lisa was not allowed to attend Bulgari’s show at Paris Fashion Week on social networks on October 6, Thailand’s Enquirer added a hashtag named Jennie. The public thinks that the Enquirer is trying to use Jennie to get attention or to imply that Jennie is involved in YG’s abuse of Lisa. Fans explained that it was completely YG Entertainment’s fault and there was no reason for Jennie to be discussed. News site Siamdara or some other brands in Thailand are also said to have racist moves with Jennie.

The event that most seriously affects Jennie’s life is probably the private images that are spreading on social networks. In the past few days, a series of intimate photos between Jennie and V (BTS) have been posted. Previously, the two stars revealed photos with a trip to Jeju and were caught in dating news, but the management company did not respond.

Not only Jennie, some pictures of BlackPink members also leaked. When comparing the members’ outfits and accessories with their previous appearances, the public noticed similarities. Since then, the audience is worried that the photos have been hacked by hackers from the personal accounts of Jennie and the members. That is, their private lives are in danger.

While fans are upset because YG Entertainment did not take action to protect the artist, pop culture critic Kim Sori through Ilyo Newspaper explained the reason for this company’s silence. According to critics, this is the private profession of the two artists, so it is difficult for the company to make an official statement.

Kim Sori said that YG Entertainment’s statement means that V and Jennie are really dating. This will be a big shock to the fans. Therefore, it is reasonable for YG Entertainment to keep quiet these days.
However, despite the above statements, fans still hope that YG Entertainment will take action to prevent the invasion of privacy that hackers are doing with Jennie. Fans’ worries are well-founded because the incident may affect the female idol’s mental health.

Earlier, in an interview with Rolling Stone in May, Jennie admitted that her personality is not what it shows through music. BlackPink’s Jennie is very strong and personal, but in real life, the female singer seems to turn into a different person. Even Jennie said that she was very shy before and did not dare to interact with people around.

Jennie revealed to Rolling Stone that she was mentally and physically exhausted at the end of BlackPink’s world tour. She did not disclose details about her health condition because she did not want fans to worry, but Jennie said that she and the BlackPink members had to work hard for three years after debuting. They do not eat, do not sleep or even provide themselves with enough water for 3 to 4 years.

“These days, I think about how to stay healthy? I was exhausted both mentally and physically after my last world tour ended in 2020. This is not something I want to share with my fans in great detail, but for three after debut, we work non-stop,” said Jennie.

“We are young, in our twenties, but our sleep system is broken. We are not eating properly. I don’t even provide enough water for myself. When I touch anything, I get an allergic reaction. My immune system was destroyed but we had to go on tour. When I practice, I feel every muscle and feel a lot of pain,” the female singer shared.