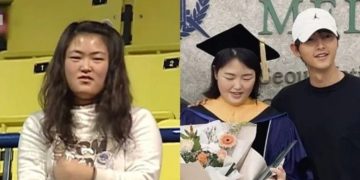 Along with two photos, he wrote, “My sister who was this little has become a Doctor. The first doctoral degree holder in our family! I can’t feel prouder.”

He excitedly went on, “She did her PhD at Seoul National University! Yes, I’m showing off right now. Haha!”

In the first photo, there was a photo of him, Song Joong Ki and their sister together when they were very young. 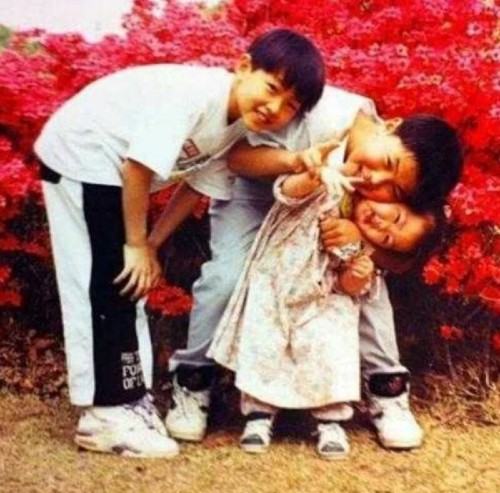 The next photo was of the siblings standing next to each other in front of the Seoul National University College of Medicine.

His sister is shyly smiling in an academic dress with a bouquet of flowers and her PhD certificate in her hands in the middle.

Song Joong Ki has his arm around his sister’s shoulders, and shows a bright smile while holding another bouquet of flowers for her.

He looked happy and proud of his sister’s incredible achievement. 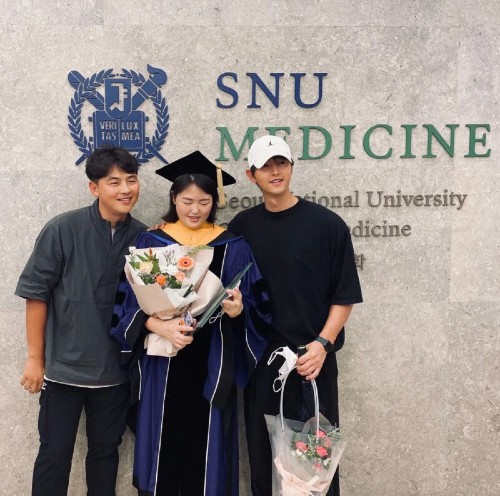 Seoul National University is considered the most prestigious university in Korea; their medical school is certainly the top one in the country.

Since this post was uploaded, many have been filling the comment section with congratulatory messages to Song Joong Ki’s sister and his family.