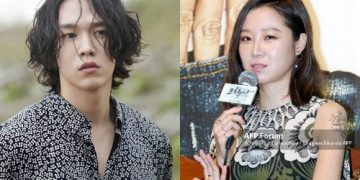 According to Kevin Oh, he and Gong Hyo Jin will get married in New York so the groom’s family can attend. The two are preparing to release music products with the purpose of expressing gratitude to the audience.
On August 18, Chosun Ilbo reported that Kevin Oh had his first comments after announcing his marriage to actress Gong Hyo Jin. He confided: “I met a wonderful woman 2 years ago. After a while together, we realized we needed each other in life. She was a soul mate, and soon she She will become my wife.”

According to Kevin Oh, he and actress Gong Hyo Jin will hold a wedding in New York, the US in October. The wedding takes place privately, with only the attendance of relatives and close friends.

Explaining the reason for not having a wedding ceremony in Korea, the male singer said he changed his plans because of his elderly parents. “Me and Gong Hyo Jin planned to get married in Seoul, but had to change because of the groom’s family. My family and relatives live in the US. We both want the big day to take place under the supervision of all relatives. “, Kevin Oh shared.

According to Nate, Kevin Oh has just released the song Dawn you and I fall asleep together composed by him. Notably, the lyrics mention the name of his fiancée Gong Hyo Jin. Kevin Oh said that he and Gong Hyo Jin are preparing a new song to thank fans for their love.

Gong Hyo Jin and Kevin Oh publicly dated on April 1. According to Sports Chosun, the two stars have been dating since 2020 but did not reveal their love story.

Kevin Oh (born 1990), noticed after winning the Mnet show Superstar K7. After that, he released many self-composed and produced songs. Gong Hyo Jin’s boyfriend is also the one who performed many famous soundtracks in Snowdrop, More Than Friends or D.P.