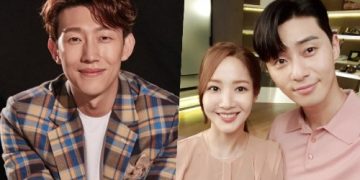 “Don’t make it ridiculous anymore. It’s just that they have great chemistry in the movie,” actor Kang Ki Young affirmed.

Kang Ki Young said he knew about the rumors that Park Seo Joon and Park Min Young were dating about 1-2 days before the final episode aired.

“Both of them have a lot of respect for each other, so they both have proper manners. Even if they’re intimate, I’m not sure that the two of them are dating. I think they’re both actors, they met for work and had very good chemistry.This probably proves the success of “What’s wrong with Secretary Kim?” and the love of the two main characters. really touched the hearts of the audience”.