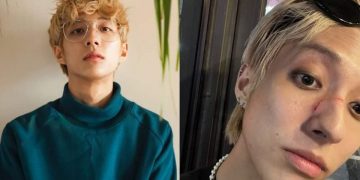 After coming out as gay, singer Holland was discriminated against by Korean men, even assaulted in the middle of the street.

On the evening of May 5, singer Holland was assaulted by an unknown man in Itaewon just because he was gay. Accordingly, this person suddenly appeared and hit the male singer in the face, even cursing with heavy words. This incident caused Holland’s face to appear a scar and had to go to the hospital for treatment.

On his personal page, the Korean male singer shared: “This is clearly a crime. The fact that my homosexuality has been made public, I do not accept that I have to suffer this kind of violence. No Not only LGBT, all the elderly, women and many minorities do not deserve these discriminations”.

Not only that, the male singer also posted another content, asserting, “I’m being abused just because of being gay, which is completely unacceptable. I have reported the matter to the police and hope the matter is resolved well. This shouldn’t happen to anyone in this world, whoever you are. I wish our world was more filled with love and hope than hatred and violence.”

With Holland’s share, fans showed their support and voiced their encouragement, hoping that the male singer will recover quickly.

Holland’s real name is Go Tae Seob, born in 1996, Korean. He first debuted in January 2018 with the release of the single “Neverland” and achieved certain success.

Singer Holland has attracted the attention of the Korean public when openly gay. Holland is also active in supporting the LGBT community, demonstrating openness and honesty about her sexuality.