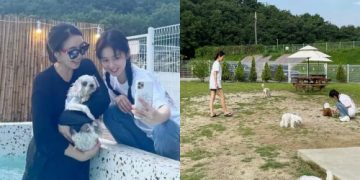 The current situation of Jang Na-ra, who is enjoying her sweet honeymoon, has been revealed.
On July 30th, Jang Na-ra’s older brother Jang Sung-won posted photos of him playing in the water with his pet dog on SNS. 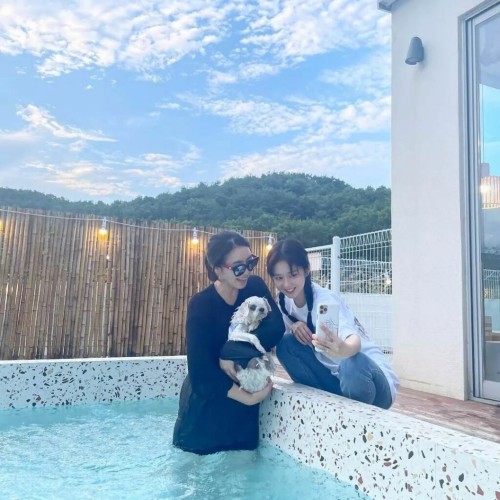 Jang Sung-won also released a picture of his younger sister Jang Na-ra, who was having fun taking a selfie with an acquaintance and a dog. In the caption, he added, “Kkungie (the dog’s name) went to play in the water with the angels and that human.”

Referring to his younger sister Jang Na-ra as “that human”, Jang Sung-won revealed his tsundere side and their chemistry as brother and sister. 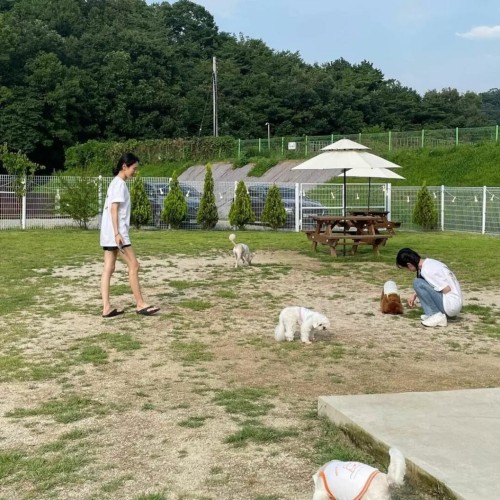 40-year-old actress Jang Na-ra in the released photo drew admiration from netizens with her lovely and youthful beauty. She appeared with cute pigtails and was smiling brightly while staring at her smartphone.

Meanwhile, Jang Na-ra married a camera director, who is 6 years younger than her, in late June after two years of dating. At that time, she announced through her agency, saying “Thank you for your blessings with love and attention for me. I will live happily as a good wife at home and a sincere actress at work in order to repay your cheers, support, and love.”