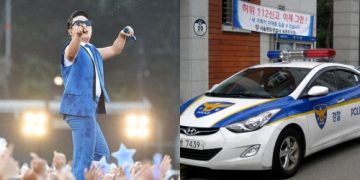 According to Naver on July 31, the Mongolian man was hired to work at Gangneung Stadium – the venue for the Summer Swag 2022 concert on the evening of July 30. He fell from a height of 20m while unloading the stage, died on the spot. Police are investigating the cause of the incident, initially guessing that the employee slipped and fell.
The man was transported to a nearby hospital in a state of cardiac arrest but eventually passed away. Police are investigating the exact cause of the accident.

The incident occurred a day after the concert, which was held on July 30.