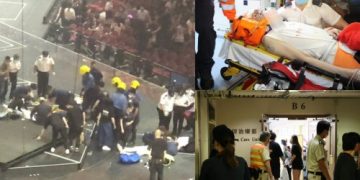 Fans attending a concert for the boy band Mirror were left shocked after a giant screen fell and crushed a dancer’s neck, potentially paralyzing them from the waist down. 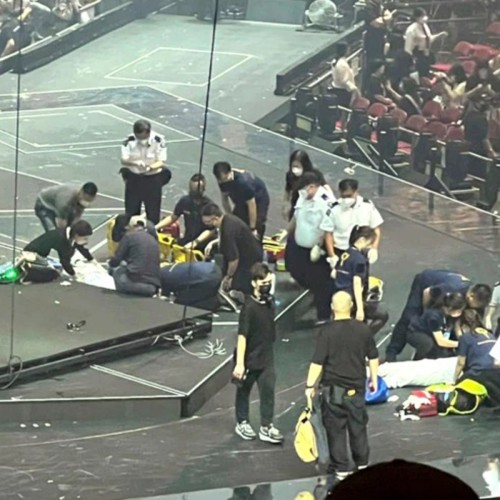 At the Hong Kong Coliseum in Hung Hom on Friday, Mo Lee Kai-yin, 27, was hit on the head by a giant 16-by-10-foot screen that crashed onto his neck. Another dancer, Chang Tsz-fung, 29, was also injured in the incident.

The concert was halted and both dancers were immediately transported to the Queen Elizabeth Hospital.

More from NextShark: Kenyan man whipped by Chinese boss says he is still ‘crying out’ for justice

Three women attending the concert, aged 16, 21 and 40, were treated for shock while one was sent to the hospital.

Mo dislocated the third and fourth sections of his cervical vertebrae, leaving him unable to move.

After an overnight procedure and another eight-hour surgery, doctors were able to stabilize the dancer. Potential paralysis from the neck down will depend on his recovery process and whether his damaged nerves grow back.

e of the two metal cords holding up the screen had snapped during the concert. An investigation is currently underway as experts try to figure out what exactly caused the suspension wires to fail. The concert’s various contractors, including Engineering Impact and Hip Hing Loong, will be participating in the investigation with authorities.

The concert organizers for the remaining eight shows that have been canceled have said they will be issuing refunds to fans.