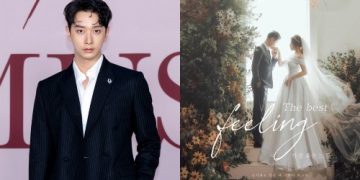 Previously, in December of 2021, Chansung announced his marriage to his longtime girlfriend, who is 8-years younger than him. Additionally, Chansung revealed that he and his fiancée at the time were expecting their first child, receiving words of congratulations from many.

Chansung, who joined L’July Entertainment in March of this year after parting ways with JYP Entertainment, plans to continue his activities as a member of 2PM and as an actor.

Congratulations to the family!