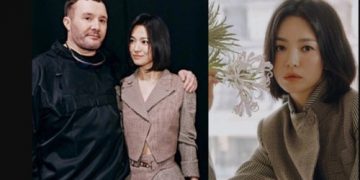 Recently, wKorea magazine published an article titled “A special day with Song Hye Kyo”. Along with small stories about Song Hye Kyo and beautiful images in Paris, it is extremely fun and beautiful. 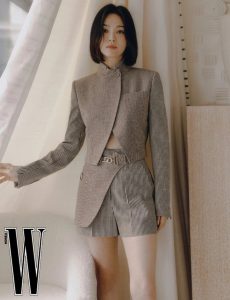 More than 3 years ago, Song Hye Kyo and Song Joong Ki divorced. Many people are worried about Song Hye Kyo – a nearly 40-year-old woman with no children with a broken marriage.

According to many people, after a broken marriage, it is easier for men to move on than women. But perhaps that is the story that is not entirely true, women after divorce can still be shimmering and brilliant. 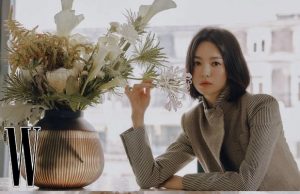 “Actress Song Hye Kyo, a beauty icon, attended a fashion show after a long hiatus due to the epidemic. Song Hye Kyo’s appearance at the invitation of Kim Jones, art director by Fendi”, wkorea opened its article thus.

Fendi’s ambassador was arranged to stay at a lavish hotel, overlooking the Pont Neuf bridge – the oldest bridge in Paris to this day. At the Fendi fashion show, Song Hye Kyo sat in the front row right next to LVMH president Bernard Arnault. Wkorea captured the moment when the great Korean beauty and LVMH president Bernard Arnault had similar actions when using the same phone to record images of the show, making everyone laugh because of the similarity. 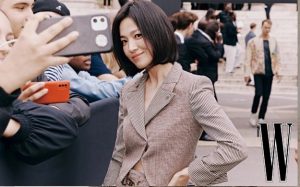 In the series of images of W Korea, Song Hye Kyo is soft and sweet like a lazy cat next to the hotel window, under the cloudy sky of Paris. She also chose a chiffon dress with gentle blue-white tones suitable for the Paris weather that day.

When going to the show, Song Hye Kyo “dressed up” with a clever body-hugging jacket combined with short pants. This cleverly shows off the delicate waist of a 40-year-old woman and the youthful slim legs that many people crave. 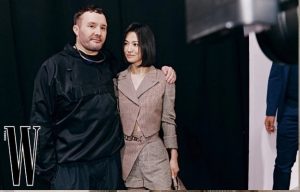 Radiantly beautiful at the age of 40, Song Hye Kyo is also not afraid of close friends. In Paris, she had fun gatherings with friends like supermodel Shin Hyun Ji, or Kim Jones, Fendi‘s art director. In the behind-the-scenes image recorded by W Korea, Song Hye Kyo happily put Kim Jones’ arm in her arms.

Not only that, but she also enjoys her days in Paris with many simple experiences such as walking the streets with friends, gathering to eat at a small shop, leaving behind the burdens of fame. 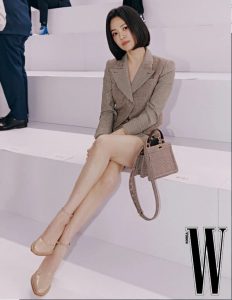 Perhaps Song Hye Kyo at the age of 40 no longer hesitates to live for herself instead of the past shyness. This further proves the image of a single woman who is beautiful and in control of her life despite going through a marriage stumbling block. 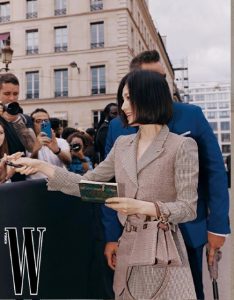 In the near future, the beautiful Song family will marry her junior Lee Do Hyun in the new movie of the screenwriter of “Descendants of the Sun” Kim Eun Sook. The movie titled The Glory revolves around a woman played by Song Hye Kyo who lives with the sole purpose of taking revenge on the childhood bullies who ruined her life. Song Hye Kyo’s comeback this time has received a lot of expectations from fans. This proves that Song Hye Kyo’s name has never cooled down even when she is in her 30s or 40s, she is still the Korean screen queen.