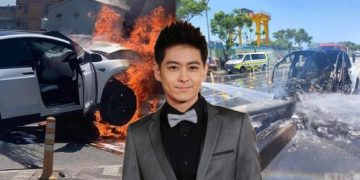 Actor Jimmy Lin carried his children in a white Tesla, which crashed into the railing, causing the front of the car to catch on fire, on the morning of July 22.

According to Ettoday, a witness said that Jimmy Lin was stuck in the car and was pulled out by passers-by. Police said that when he pulled Lam Chi Dinh out, his face was full of blood. 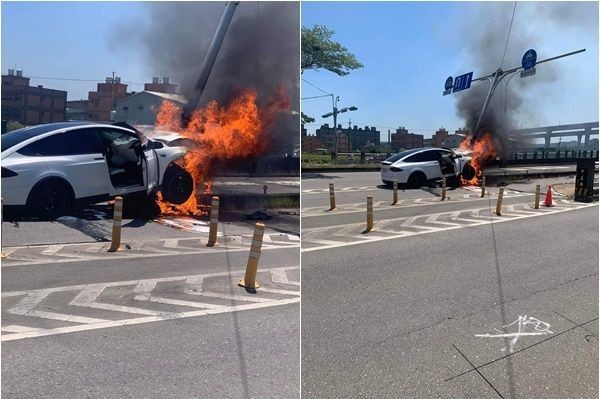 A witness said the actor was seriously injured while his son had a facial wound. The father and son are currently being treated in the hospital. Authorities are investigating the cause of the accident. 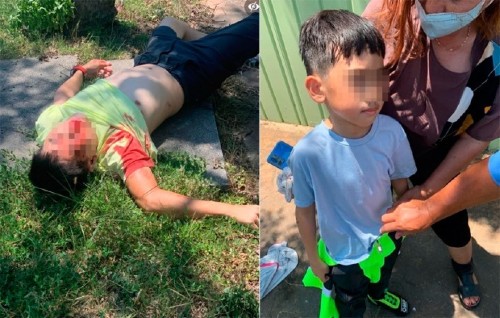 In addition to being an actor and singer, Jimmy Lin is a professional racing driver. He is famous for his passion for cars, passing his passion on to his children. Since the age of three, his children have all the names and logos of world famous car manufacturers.

Jimmy Lin is known as the “Prince of Taiwan” because of his many fans, handsome, and many famous films such as City Hunter, The Legendary Siblings,…After marrying model Kelly Chen in 2009, Jimmy Lin gradually reduce jobs in the entertainment industry. The couple has three sons, the first child is 13 years old, the twin is seven years old.