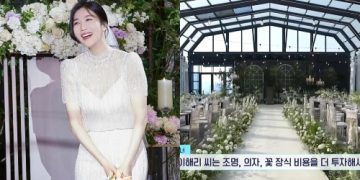 The huge difference between the price of Lee Hae-ri’s wedding dress and the guests’ wedding gift is becoming the hottest topic in wedding-related topics.
Lee Hae-ri held her private wedding on July 3 with the participation of her family and close friends.

The wedding was hosted by actress Jang Do-yeon, and singers Lee Juck, Lyn and Baek Ji-young sang congratulatory songs, giving its guests a feeling of a year-end awards ceremony. 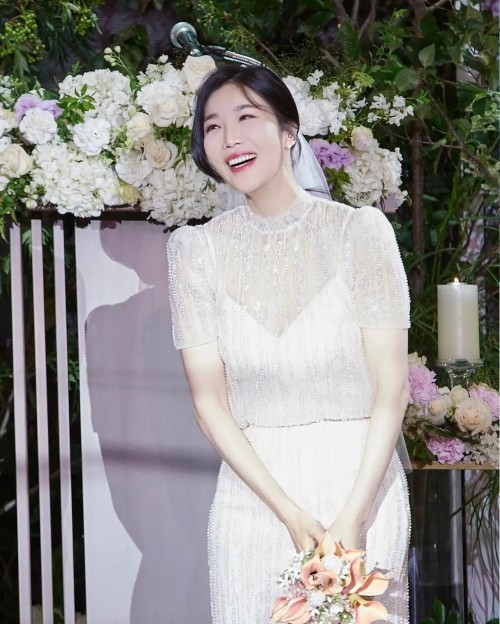 Previously, on KBS 2TV’s ‘Entertainment Weekly‘, wedding planner Jo Yoon-ah said, “The rental fee for the wedding dress of Lee Hae-ri is about 300,000 won, but as far as I know, the singer has bought the dress instead of renting it. The cost of the dress was about 1 million won. I think she wanted to have a party atmosphere. Actress Jang Nara, who recently got married, also purchased her after-party wedding dress at the same store.” 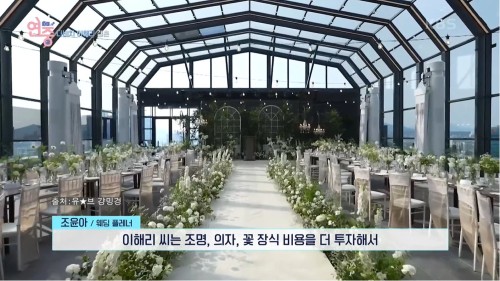 Lee Hae-ri’s wedding was held at a 5-star hotel in Jung-gu, Seoul, and the rental price for the wedding venue here was also revealed. The luxury room which was used as a bride’s lounge costs 4 million won a night. Wedding planner Jo Yoon-ah also shared about the Namsan-view wedding hall where Lee Hae-ri held her wedding, “Basically, Lee Hae-ri’s wedding hall rent is in the middle of 30 million won (about $22.750). However, Lee Hae-ri seems to have invested about 50 million won in the lightning, chairs and flower decoration.”

Meanwhile, Lee Hae-ri is said to have given a pair of luxury shoes and a travel bag as gifts to her wedding guests. In particular, the shoes cost over 1 million won (about $760), and the travel bag cost more than 2 million won (about $1520). Kang Min-kyung, the other member of Davichi, boasted a lot about her gifts, showing her special affection for her close sister.